ANZ Australian Job Ads1 rose 6.2 per cent month on month in October, recovering the losses of the previous three months of lockdowns. This signals the beginning of a rapid rebound in employment and hours worked. 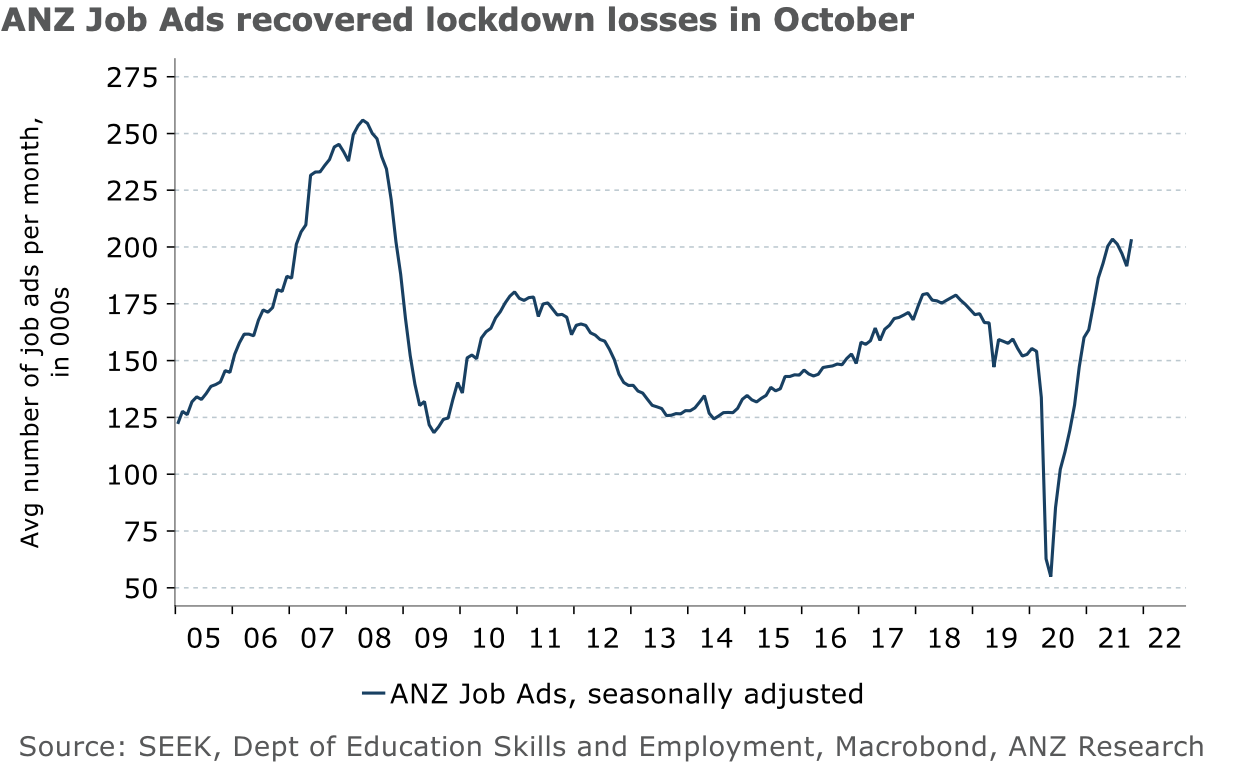 "With Sydney, Melbourne and Canberra emerging from their prolonged lockdowns, ANZ Job Ads rose 6.2 per cent m/m in October. This put it back on par with the June peak prior to the Delta lockdowns." ANZ Senior Economist, Catherine Birch said.

"Newly lodged job ads are also rebounding, up 4.9 per cent in September."

"The strongest result came from NSW, where new job ads rose close to 17 per cent, ahead of the reopening on 11 October."

This is consistent with RBA Governor Lowe’s statement following the October meeting that:

[T]he Bank's business liaison...suggests that many firms are seeking to hire workers ahead of the expected reopening in October and November.

"And although estimates of the effective unemployment rate rose to between 6- 10 per cent in September, hours worked increased by 0.9 per cent, gaining 2.7 per cent in NSW."

"According to a NAB survey, businesses reported ongoing significant difficulty finding suitable labour in Q3, despite lockdowns. The expected rebound in economic activity and labour demand in Q4 will only add to these pressures and should mean we finally see wages growth accelerate."