Job ads plunge ends in May 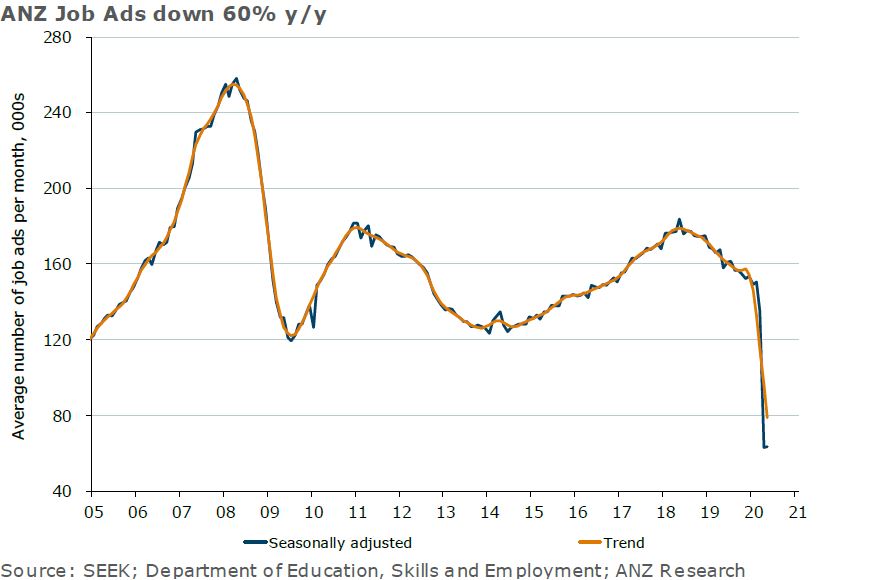 The unprecedented 58% fall in ANZ Job Ads over March and April ended in May, with a 0.5% m/m rise in the monthly average. The week-to-week movements are more promising, with job ads improving steadily during May, from a low point at the beginning of the month. This is consistent with the gradual rollback of COVID-19 restrictions, which has allowed some businesses to reopen, extend

trading hours or increase activity and is seeing a recovery in household spending.

A net 600,000 people lost employment in April, and another 600,000 people became underemployed. We expect to see another net employment loss in May, reflecting the weakness in labour demand in the second half of April and early May. But a period of rapid improvement in the labour market is likely from mid-year, as business activity rebounds.

Over the longer term, though, the recovery in employment will be more of a grind. Some firms will prioritise increasing their current workers’ hours over hiring new workers and the fiscal cliff in September looms.