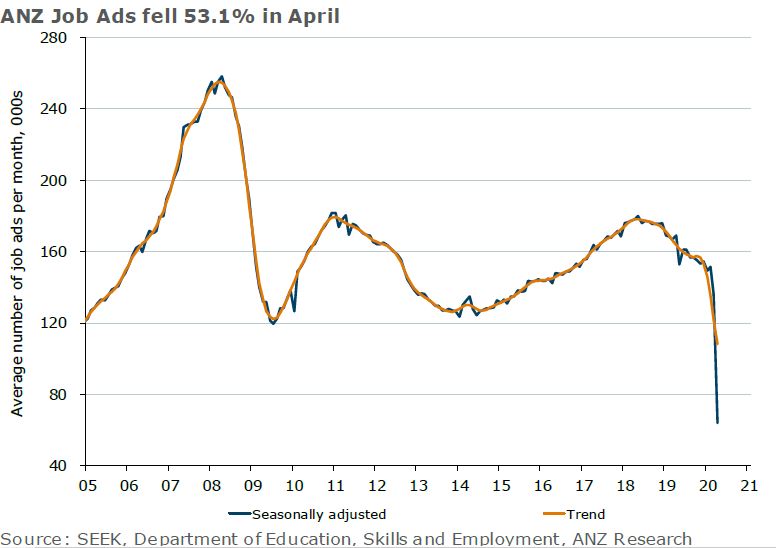 With non-essential services shut down throughout April, ANZ Job Ads tumbled by 53% during the month. This was almost five times the previous record monthly fall of 11.3% in January 2009, which was during the GFC.

Job ads fell progressively over the month, adding to the evidence that the downturn in activity is impacting businesses and the labour market at an unprecedented speed.