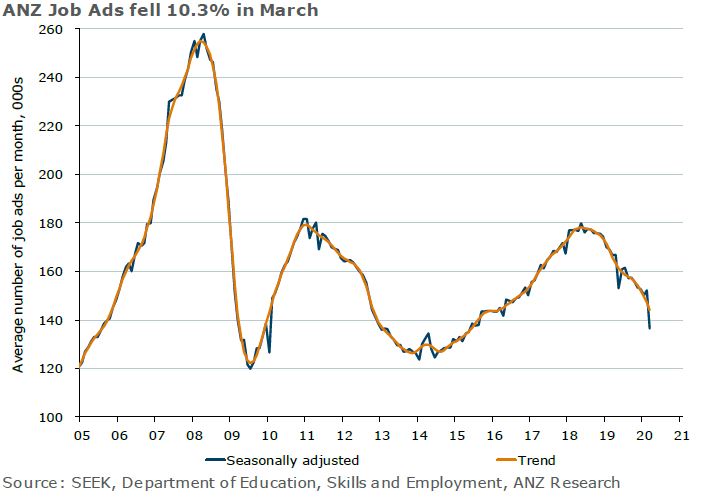 Job Ads dropped more than 10% in March, the largest monthly fall since January 2009, during the GFC. Most of the fall occurred over the second half of March as Australian COVID-19 cases escalated, restrictions on movement tightened, and

shutdowns of non-essential services broadened. There are some areas where demand for labour may have increased, including health care, supermarkets, and some parts of manufacturing and financial services. But overall, demand for labour is likely to pull back further as the shutdowns continue.