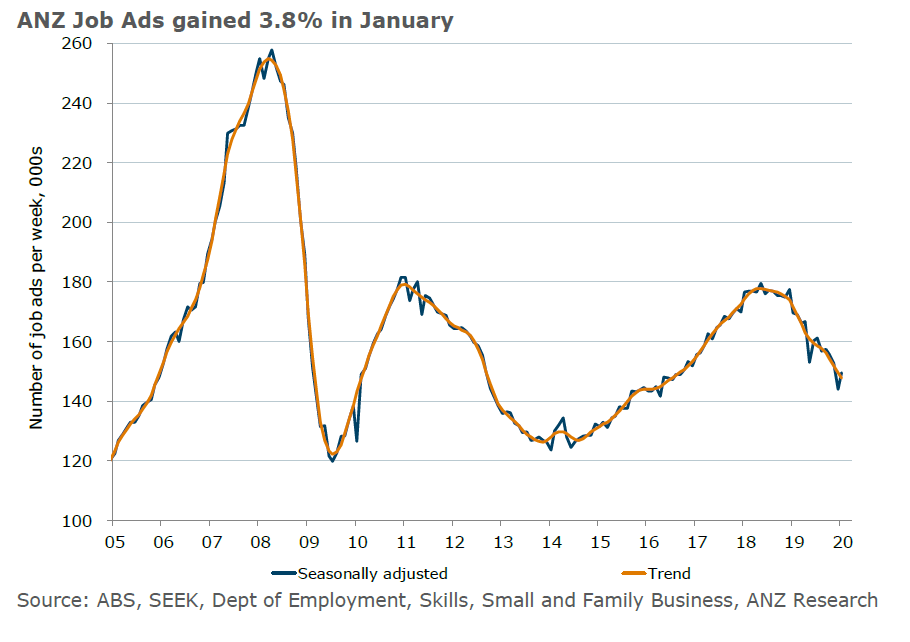 "Job ads recovered some ground in January but not enough to fully offset the upwardly-revised 5.7 per cent drop in December," ANZ Senior Economist, Catherine Birch said.

"There have been some positive signs for labour demand recently. ABS Job Vacancies rose in November following two quarters of decline and the employment index in NAB’s monthly business survey has stabilised above the long-run average."

"The unemployment rate has fallen to 5.1 per cent in December from 5.3 per cent in October while participation has been stable. However, the bushfires and coronavirus will likely have a negative effect on the labour market, along with economic activity, over the coming months, particularly for tourism-related industries."