ANZ Australian Job Ads fell 6.7% m/m in December (seasonally adjusted). This was the largest monthly decline since the May result which was affected by public holidays and the federal election. Job Ads are now down 18.8% y/y. 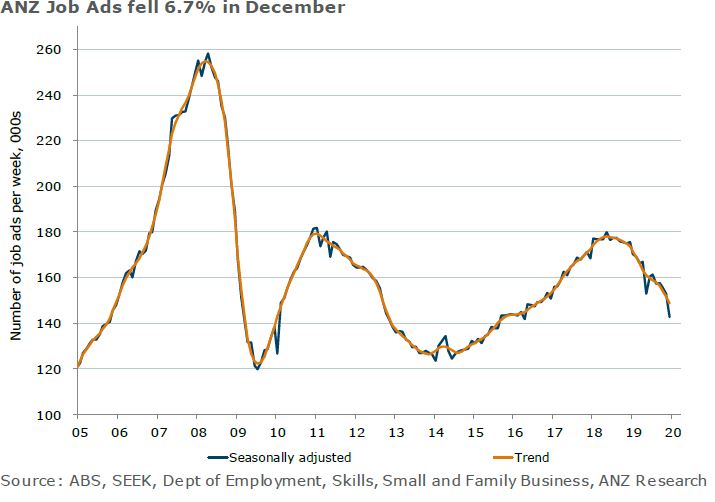 The 6.7% m/m drop in December took ANZ Job Ads down to its lowest level since April 2016. In the final two weeks of December, the number of job ads declined by more than we would expect for that time of the year, suggesting that the escalating bushfire crises had an impact.

Based on previous major natural disasters, such as Victoria’s Black Saturday fires and Queensland’s 2010-11 floods, the current bushfires could see a shortterm negative impact on employment.

The overall labour market remains resilient, however, bouncing back with a 40k gain in employment in November following the 25k fall in October.