ANZ Australian Job Ads rose for the second month in a row in July, posting growth of 0.8% m/m after the jump of 4.9% in June.

These two consecutive gains followed the election-impacted plunge of 8.3% m/m in May and previous weakness. This means that despite the gain for the month, July job ads are 9.1% lower than the prior year - a touch weaker than the 9% annual decline recorded in June.  In trend terms, job ads fell -0.6% m/m and -10.7% y/y. 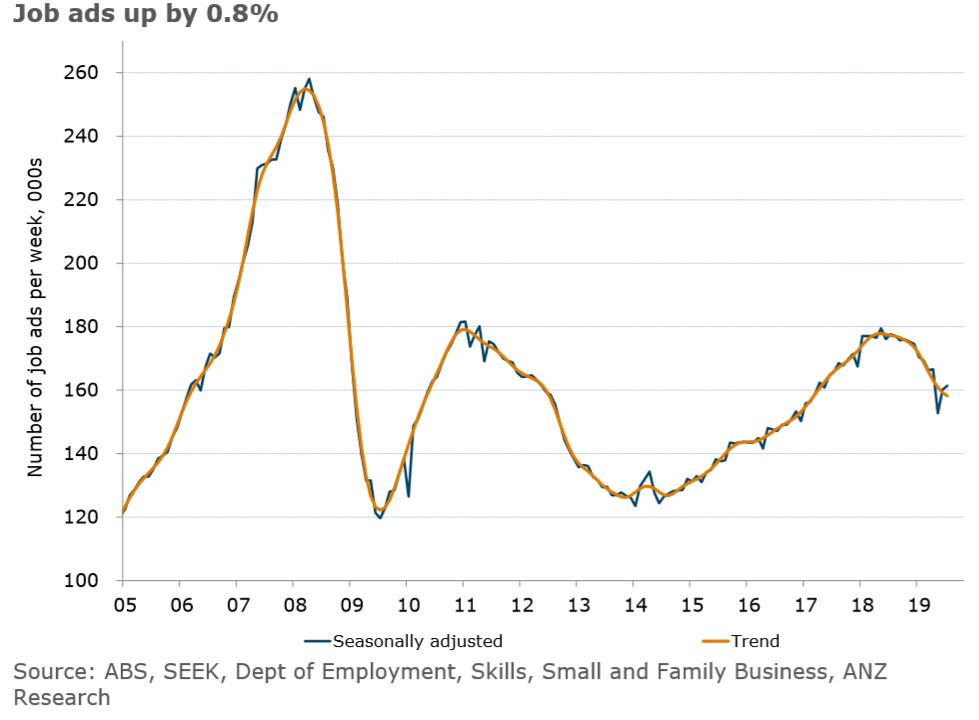 “ANZ Job Ads gained for a second straight month, which is encouraging for a series that we think is an important barometer of the health of the Australian labour market. But the data are still being impacted by the late April ‘holiday effect’, with Easter and ANZAC Day being in close proximity, and then the May election. This pushed down the level of job ads sharply in May, making it difficult to know to what extent the bounce in June/July is just a partial reversal of this fall or evidence of a genuine change in direction. We will need another month or two of gains before we conclude the trend has definitely turned. Even if job ads are starting to move higher, there is still some way to go before they would be suggesting a turn in the recent slowing of jobs growth and rise in unemployment.”