ANZ has been ranked as one of the most inclusive workplaces for LGBTIQ+ people in Australia and acknowledged for its efforts with two awards at the Australian Workplace Inclusion Index (AWEI) awards. 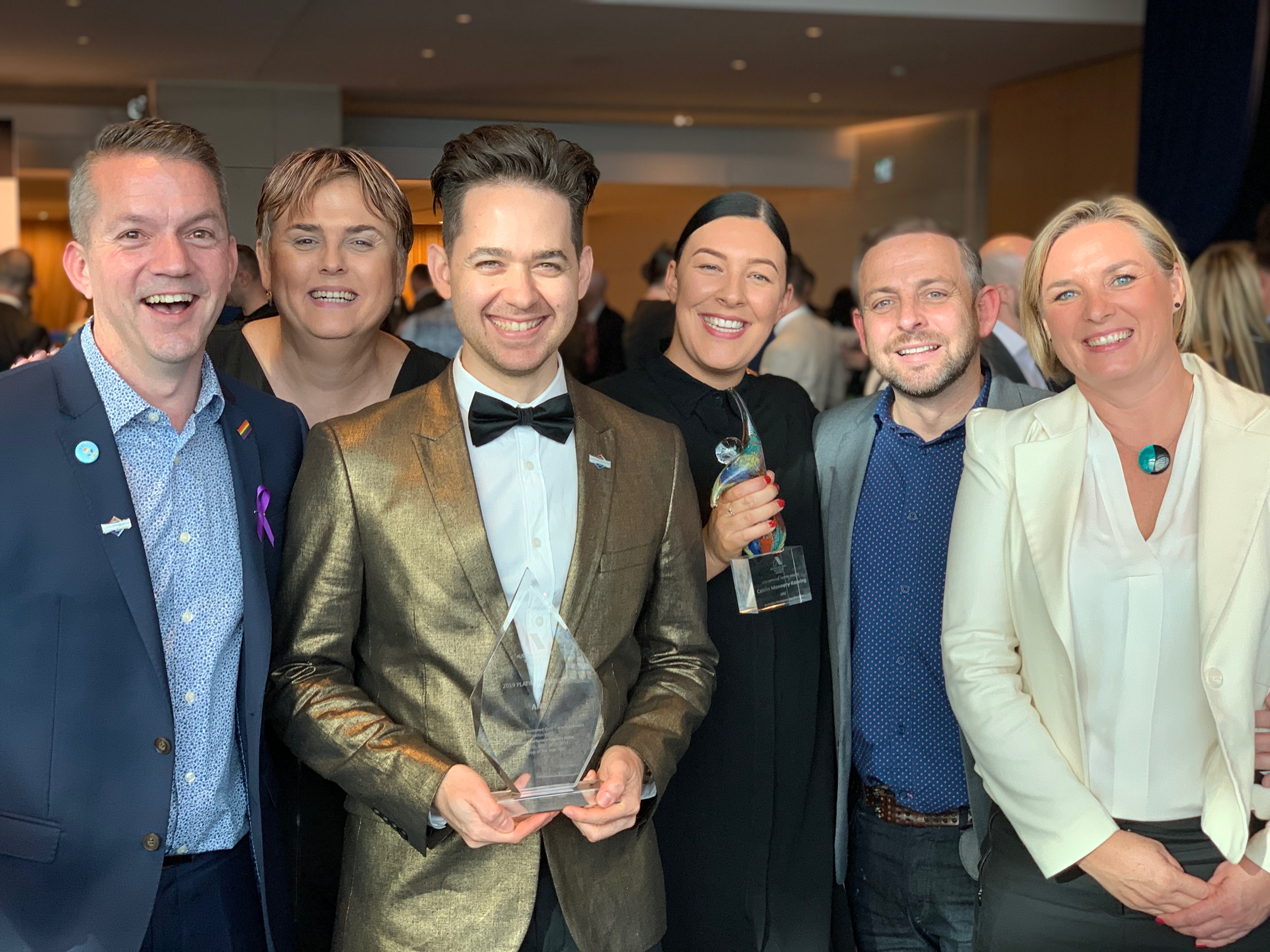 AWEI is the national benchmark on LGBTIQ+ inclusion and each year hundreds of organisations provide submissions to demonstrate their inclusion initiatives focussed on building stronger organisational culture.

This year ANZ was one of four employers to be awarded Platinum Employer status, recognising the highest levels of performance over a sustained period of time. For the past four years, ANZ has been recognised as a ‘gold’ employer including being named Employer of the Year in 2017.

Michelle Jablko, ANZ Chief Financial Officer and Pride Network Executive Sponsor said, “I know ‘proud’ is a word I often use when talking about our LGBTIQ+ inclusion activities but I’m filled with joy and appreciation knowing that we’re building an inclusive workplace where everyone – especially our people across the world – can bring their authentic selves to work and thrive”, Ms Jablko said.

ANZ staff member and Pride leader Caitlin Monnery-Korving was also awarded the Sapphire Inspire Award for her efforts in raising the profile of out women in the workplace and was the driving force behind ANZ becoming the first ASX listed company to publically affirm the Darlington Statement.

“I’m incredibly proud that my work in this space, with the support of ANZ, has been acknowledged this way. It shows recognition for how important it is to consider the diversity and intersectionality within the LGBTIQ+ community, and that all women should be considered valid and supported, especially members of more minority communities”, said Ms Monnery-Korving.

Global ANZ Pride co-lead Darren Sibson said, ”I am  proud of the bank’s LGBTIQ+ inclusion efforts and would like to thank the thousands of Pride Network members and allies for their contribution to building a safe and inclusive environment for staff”.