ANZ Job Ads: Down but not out

ANZ Australian Job Ads plummeted in May, but recovered strongly in the last week of the month. 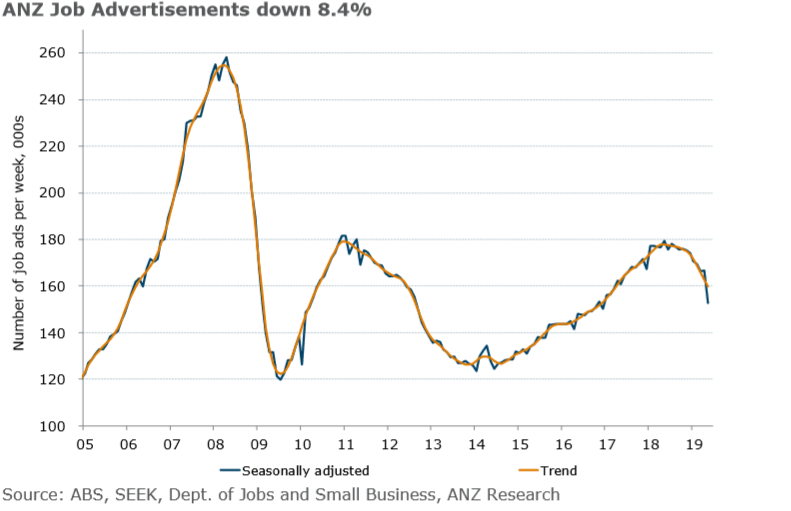 “Job ads were down sharply in May, which at face value points to a sharp slowing in employment growth. But we think there is a good reason why this decline is not representative of reality. Job ads plunged in the last week of April, which we think was due to the ‘holiday year’ effect that happens when ANZAC Day and Easter are close together. We think the run up to the federal election contributed further to delaying job postings. Consistent with this explanation, postings in the last week of May (ie after the election) were considerably higher than in the previous four weeks. If the last week of May is indicative, then job ads will rebound strongly in June.”