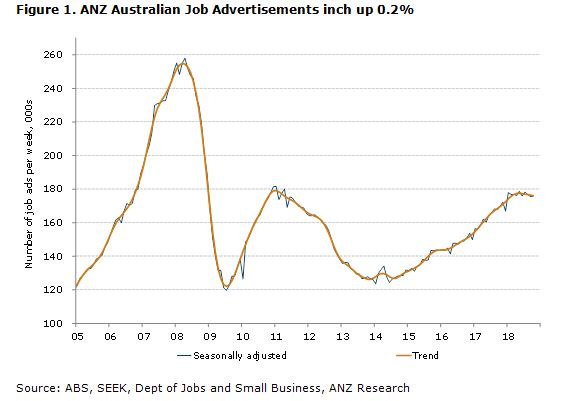 “After a couple of weak months it is pleasing to see a lift in ANZ Job Ads in October, albeit only a modest gain. ANZ Job Ads have effectively tracked sideways since early this year. The slowdown in employment growth we have seen this year has been broadly consistent with the move in ANZ Job Ads, though in recent months employment growth has outperformed the signal from job ads. The unemployment rate has also fallen more sharply than ANZ Job Ads would imply. Other indicators of the labour market, such as the ABS Job Vacancy series, are sending a more positive signal. Our ANZ Labour Market Indicator, which combines relevant measures of labour demand, suggests that a further decline in the unemployment rate is more likely than not.”