“After a strong rise in January, ANZ Job Ads have followed a sawtooth pattern, in seasonally adjusted terms, leaving the level little different from the start of the year. The monthly trend has also softened – average monthly growth was 1.0% in 2017, compared to 0.4% year to date (with the lion’s share occurring in Q1 2018).

The level of ANZ Job Ads is still consistent with further growth in employment. Job ads are no longer pointing to a further decline in the unemployment rate, however (Figure 2). This is at odds with other indicators of the labour market, such as capacity utilisation, which point to further declines in the unemployment rate. If we bring all the different indicators together then our conclusion is that a lower unemployment rate is more likely than not, but the improvement from this point will be gradual. On a more negative note, the loss of momentum makes the economy more vulnerable to negative developments, with heightened political uncertainty one of the possible candidates.” 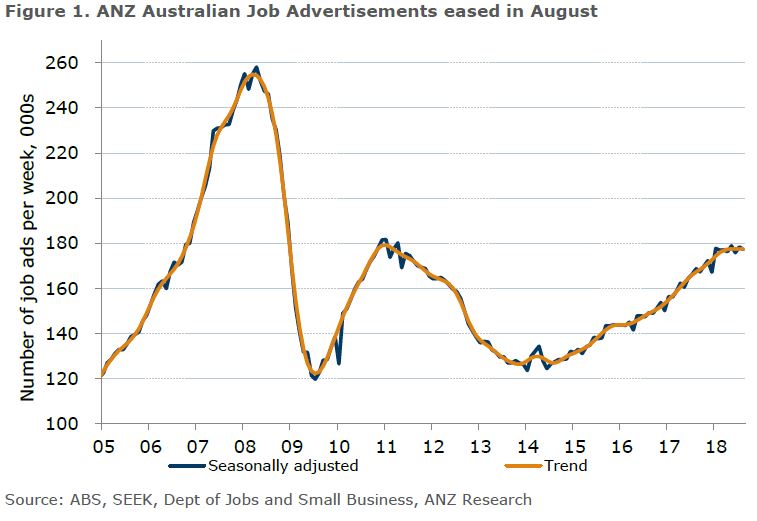