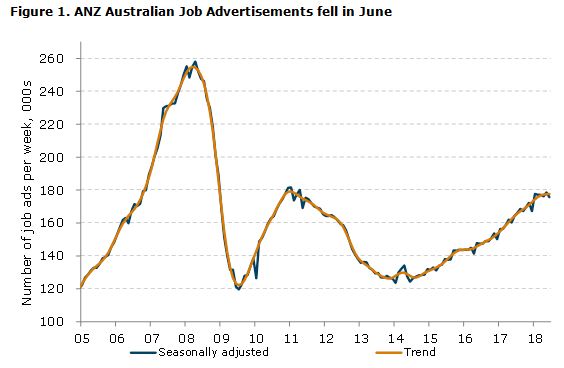 “The weakness in ANZ Job Ads for June indicates that the loss of momentum evident in employment growth this year will likely continue for some months. In saying this, it is important to note that job ads are still at a level consistent with continued jobs growth, just at a much lower level than occurred during 2017. This does not rule out a further decline in the unemployment rate, though progress on this front is likely to be slow.

Further weakness in ANZ Job Ads over the next few months would be of significant concern and would potentially point to a lift in the unemployment rate. We are some way from that point, however, not least because other indicators, such as business conditions, consumer sentiment and ABS job vacancies imply a positive outlook for employment.”