Consumers’ assessment of current economic conditions weakened by 3.8%, more than unwinding the cumulative 2.8% rise of the previous two weeks. Views towards future conditions also declined 3.9% to 112.7. Both subindices are at their lowest points in seven weeks.

The ‘time to buy a household item’ subindex was flat (-0.1%) holding on to its 2.4% gain last week. Four week moving average inflation expectations remained steady at 4.3%.

The decline in confidence was primarily driven by a weakening in sentiment around current and future economic conditions. This likely reflects ongoing geopolitical tensions, such as the extending of trade tensions beyond the US and China.

Somewhat disappointingly, the stronger-than-expected jobs report appears to have been overshadowed by the concerns mentioned above. The strong labour market has been quite supportive of confidence in the year so far and we expect this to remain so, despite a slowdown in the pace of job growth.” 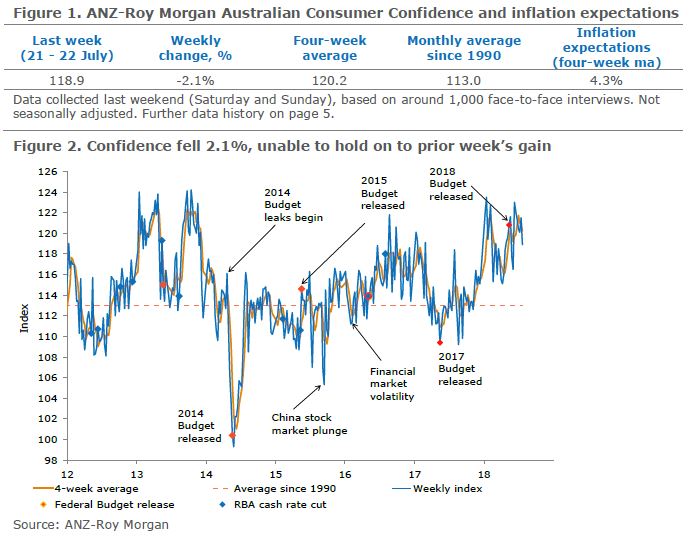