“It is encouraging to see confidence rise, for the first time this month, driven by a solid increase in sentiment towards financial conditions. Views towards both current and future conditions remain above their long term average, despite the strain on households’ balance sheets.

Economic conditions fell sharply through most of February and March, likely reflecting concerns about trade policy and the associated impact on financial markets. Since then, we have seen a small, but steady, recovery in April, particularly in sentiment towards current conditions. On this front, a positive employment report on Thursday may provide further support.” 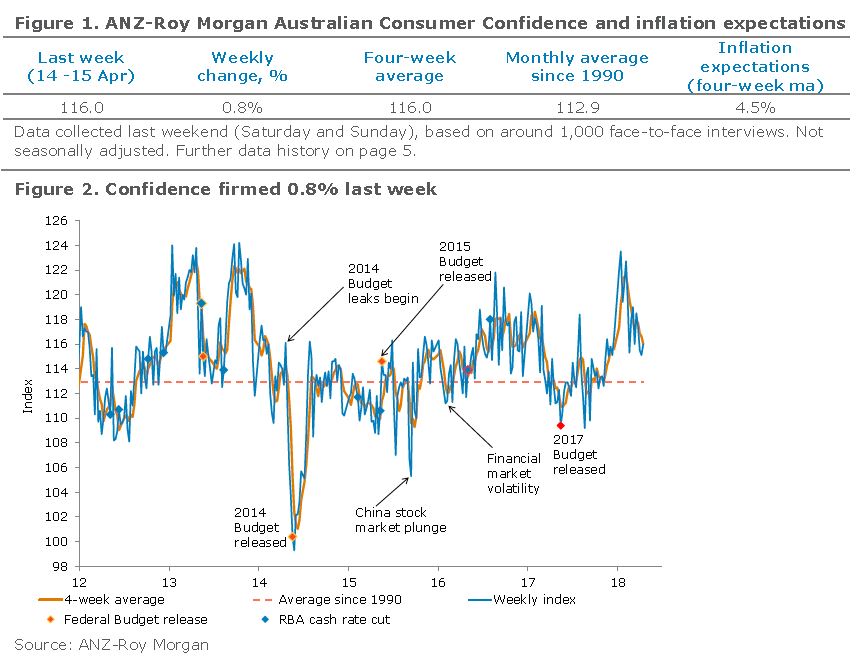