“Despite ANZ Job Ads easing slightly in the past two months, the strong January result means that job ads are up 4.4% q/q in Q1. Interestingly, after a period of employment growth overshooting growth in job ads, the two series appear to be converging once more.

Despite the recent stability in ANZ Job Ads, the labour market remains robust. The level of job ads is consistent with continued strength in employment growth, though we do expect some slowdown in the pace in which jobs are added. Businesses reported record conditions in February and the uptrend in capacity utilisation suggests that the unemployment rate will slowly grind lower through the year. The recent uptick in the unemployment and underemployment rate, however, shows that spare capacity is reducing only gradually indicating that wage growth is likely to remain muted for some time yet.” 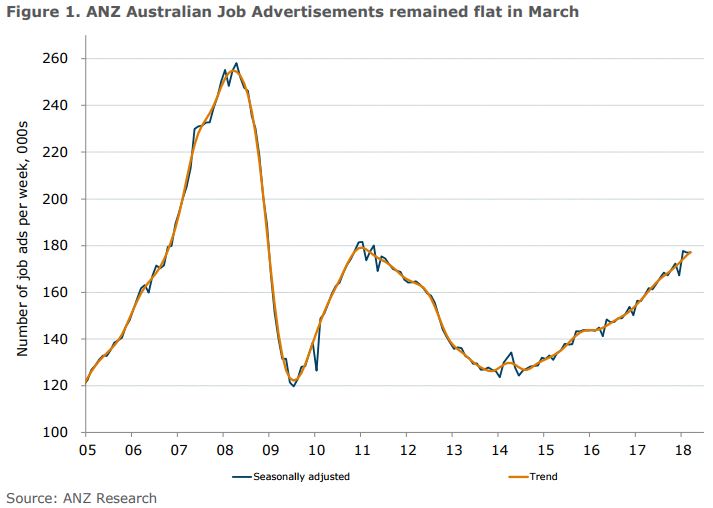