The latest ANZ Roy Morgan Consumer Confidence rose slightly to 119, a gain of 0.9% from the previous week’s reading. The result was mixed, with two of five sub-indices showing declines.

“It is pleasing that consumer confidence has been able to add to last week’s strong gain, if only a touch. This means that confidence has managed to recover much of the ground lost in response to financial market volatility and the unsettled local political environment. It doesn’t appear that the US President’s threat of steel tariffs and the resulting discussion about a possible trade war has yet had any impact on consumer sentiment.

There is a lot of local data out this week that could impact sentiment, particularly the GDP report for the final quarter of 2017. It will also be interesting to see whether the lift in consumer sentiment over January translated into a solid start to 2018 for retailers, with retail sales figures for January out today.” 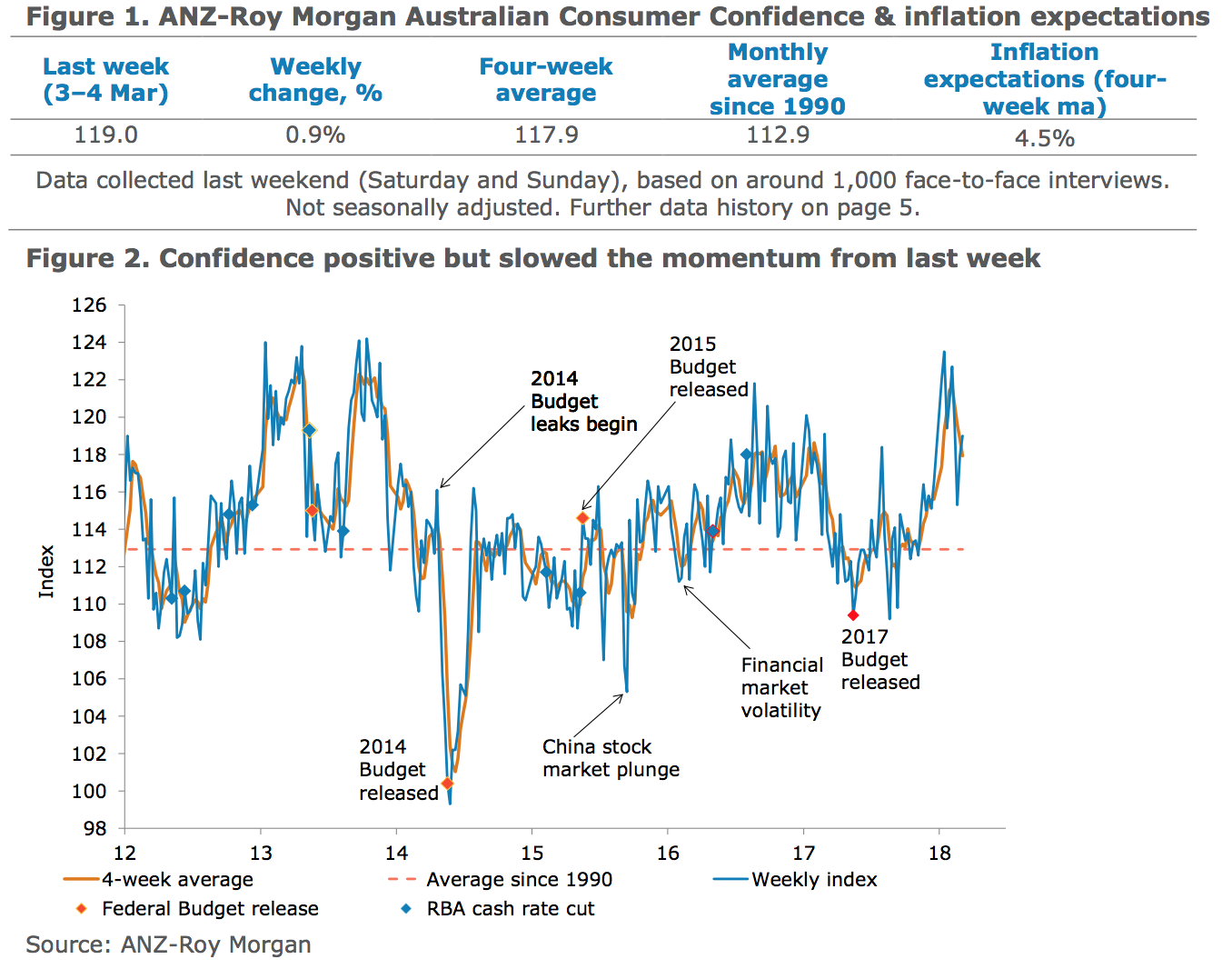