ANZ job ads: a strong start to the year

“It is encouraging to see a strong recovery in Job Ads last month after a slight retreat in December. The bounce in January is in line with ongoing strength in business conditions, capacity utilisation and other surveys of employment conditions. Taken together, there is some evidence that the slowdown in the trend we saw in H2 last year may reverse in the coming months. That said, given the seasonal volatility often associated with this time of year, it is perhaps too early to tell for sure.

In recent months the RBA has noted the strong gains in employment across states, as well as the increase in labour force participation. The RBA will likely see the Q4 CPI result as broadly positive, with clear signs that inflationary pressures have stabilised, albeit at a level below the policy band. All eyes now turn to the Q4 wage number out on 21 February. We see a rise of 0.5% q/q as being consistent with our view that the RBA will raise rates this year in an effort to bring the real cash rate back to zero.” 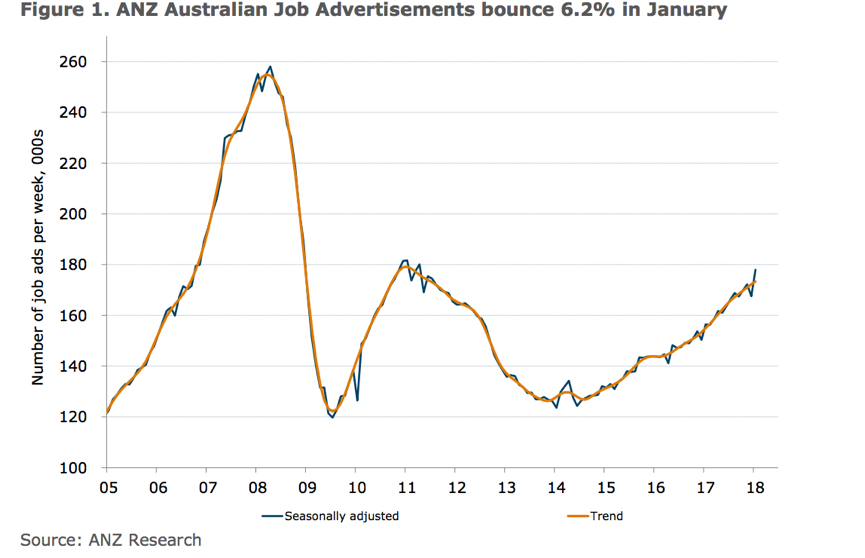