ANZ-Roy Morgan Australian Consumer Confidence continues its uptrend with the headline index climbing 1.2% last week to the highest since October 2013. Details were mixed, however, with views around future financial and economic conditions providing a slight drag on the headline number. 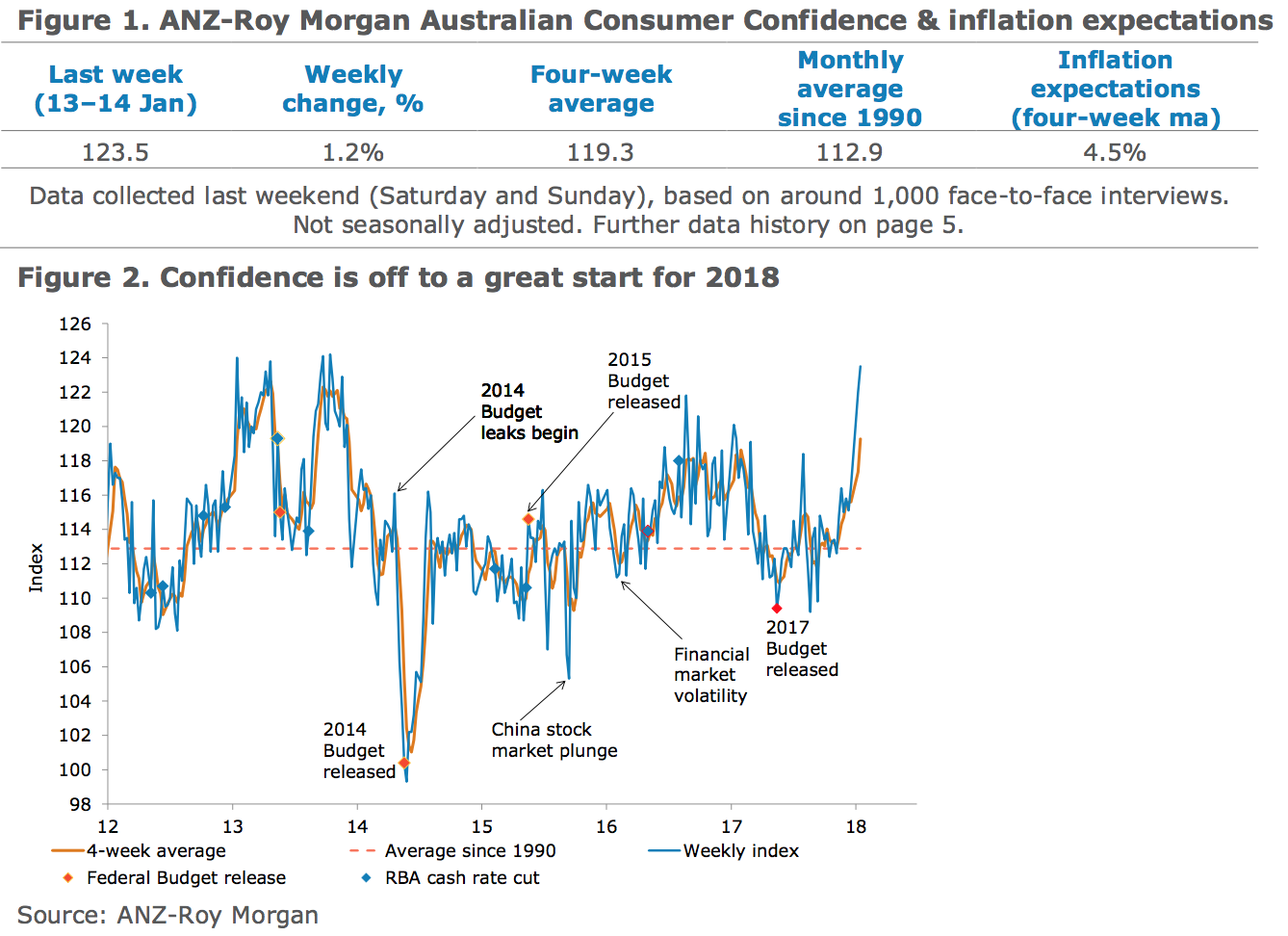