Consumer confidence: back on track

ANZ-Roy Morgan Australian Consumer Confidence returned to an upward trend after a drop last week, rising 1.3% in the latest release. Results were mixed at a disaggregated level, with three out of five sub components showing an increase. 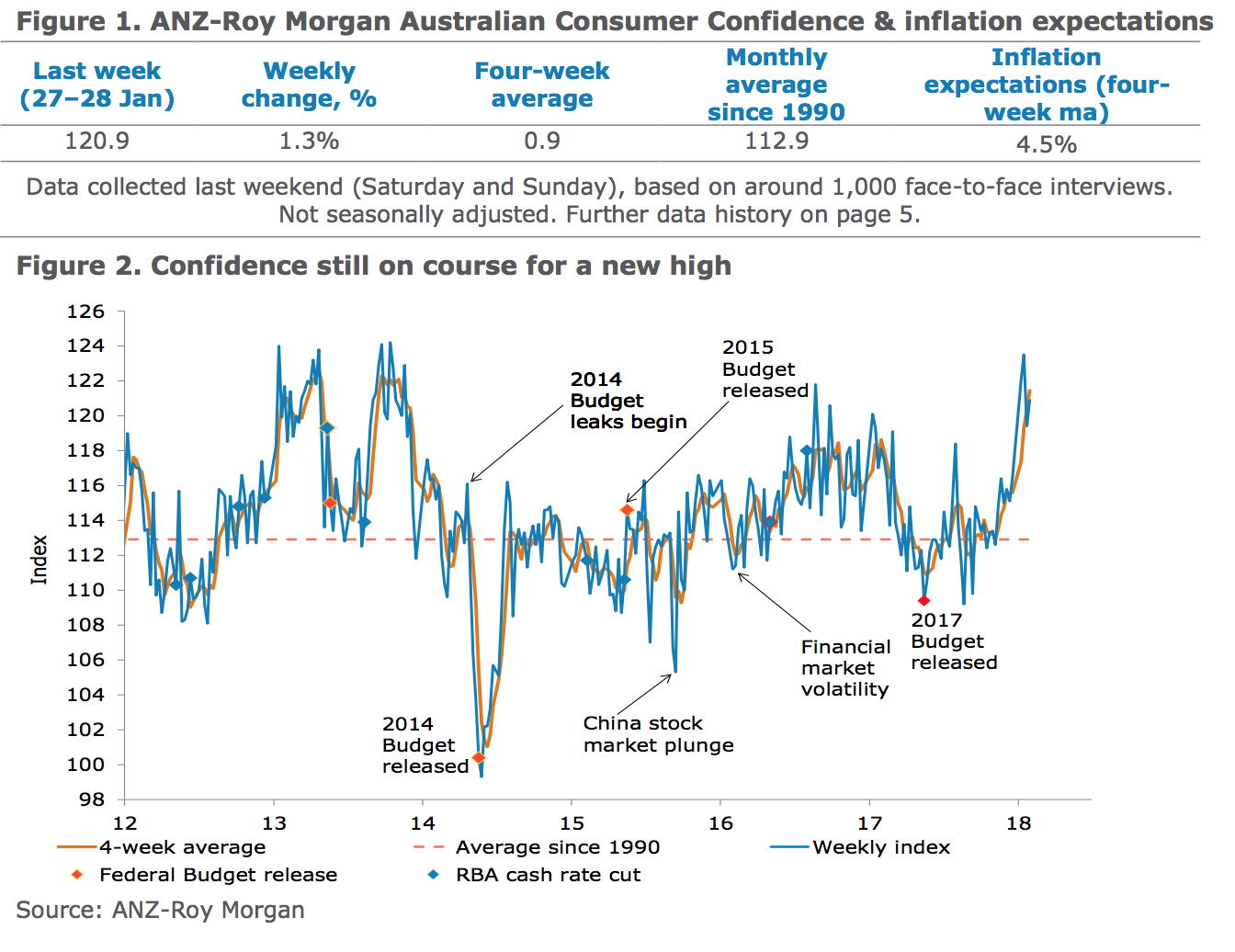