ANZ-Roy Morgan Australian Consumer Confidence ended the year at 116.5 with a 1.2% bounce last week. The details were positive, with all subindices except ‘time to buy a household item’ posting gains. 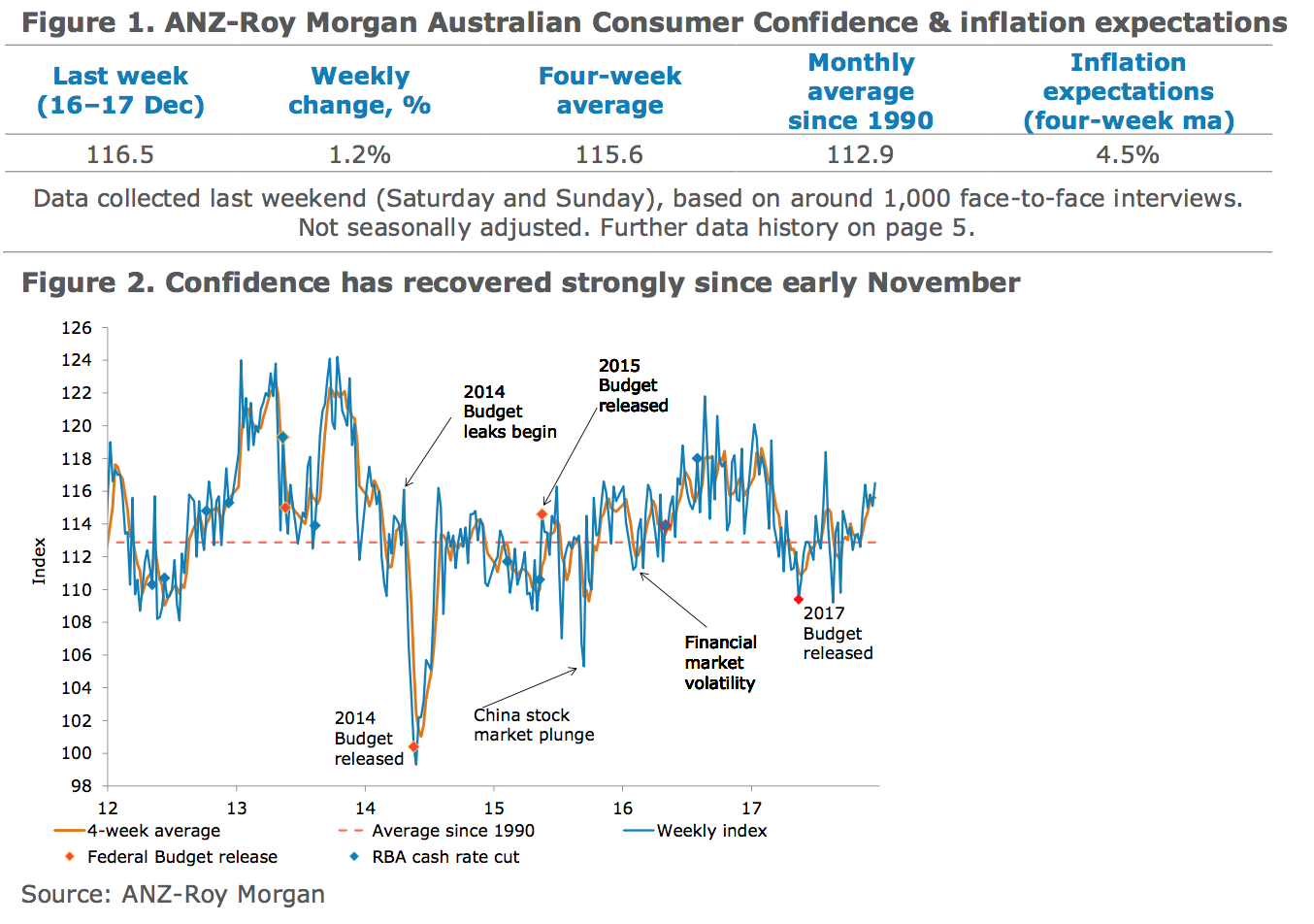