“Another steady rise in ANZ Job Advertisements in November along with other leading indicators suggests a positive outlook for the labour market, particularly given the solid prospects for economic growth. Labour market performance through 2017 has been robust, with employment concentrated in full time jobs and picking up across all states.

That said, the improvement in labour market conditions has not yet translated into higher wage growth, as indicated in the weaker-than-expected Q3 number. Clearly, a further reduction in labour market spare capacity is required for a sustained increase in wage growth.

On this front, it is encouraging to see business surveys report that firms are having an increasingly difficult time finding suitable labour. In the past this has resulted in firms bidding up wages. Indeed the RBA, through its liaison program, has already noted some evidence of this occurring in small pockets. As the unemployment rate grinds down further over the coming year, we expect this to become more widespread.” 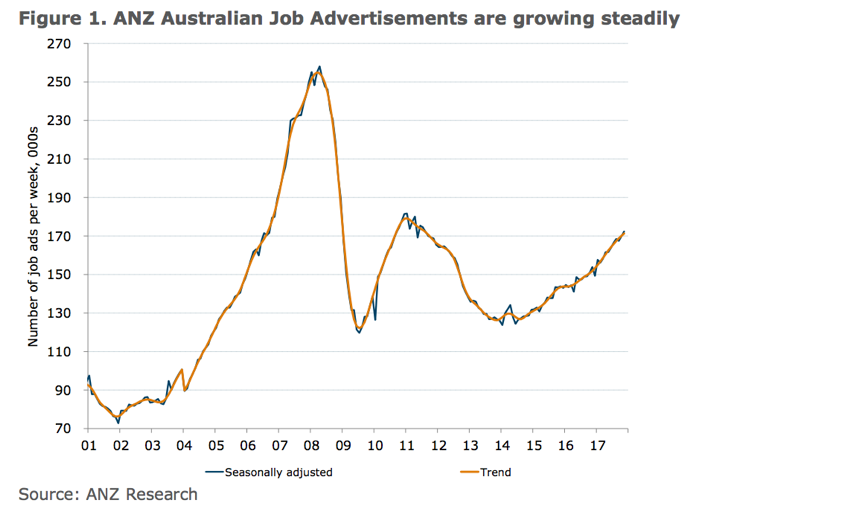