Consumer confidence up a touch

The ANZ-Roy Morgan Australian Consumer Confidence bounced back from last week’s decline, rising 0.8% on a weekly basis to 113.3. This takes the index back above its long- term average. The gain was driven by improvements in expectations for the near- and long- term economic outlook. 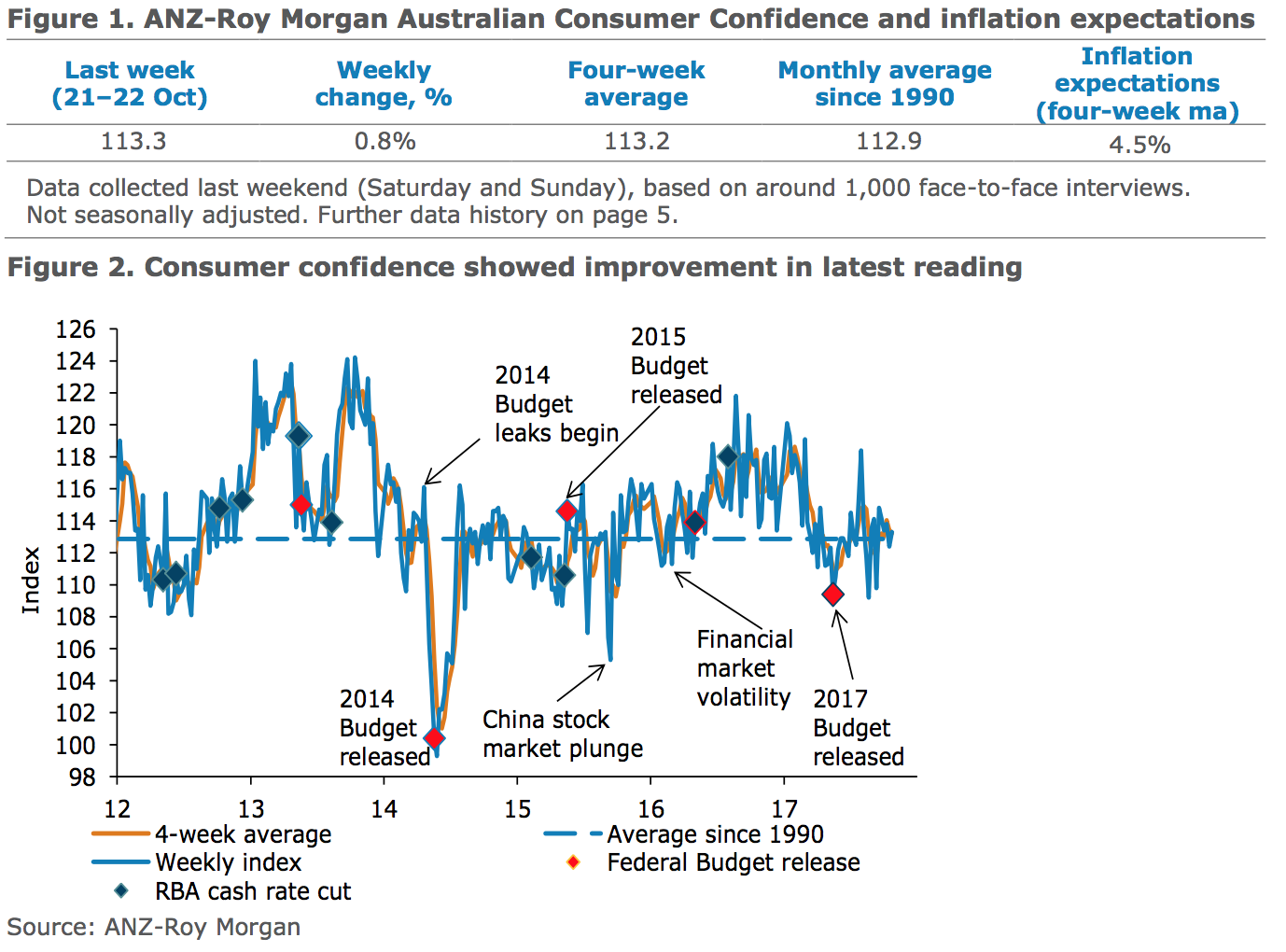