ANZ-Roy Morgan Australian Consumer Confidence failed to sustain the gain showed last week, dropping 1.2% to 112.4. This dragged the index below its long term average. The loss was broad based as four out of the five sub-components showed a decline. 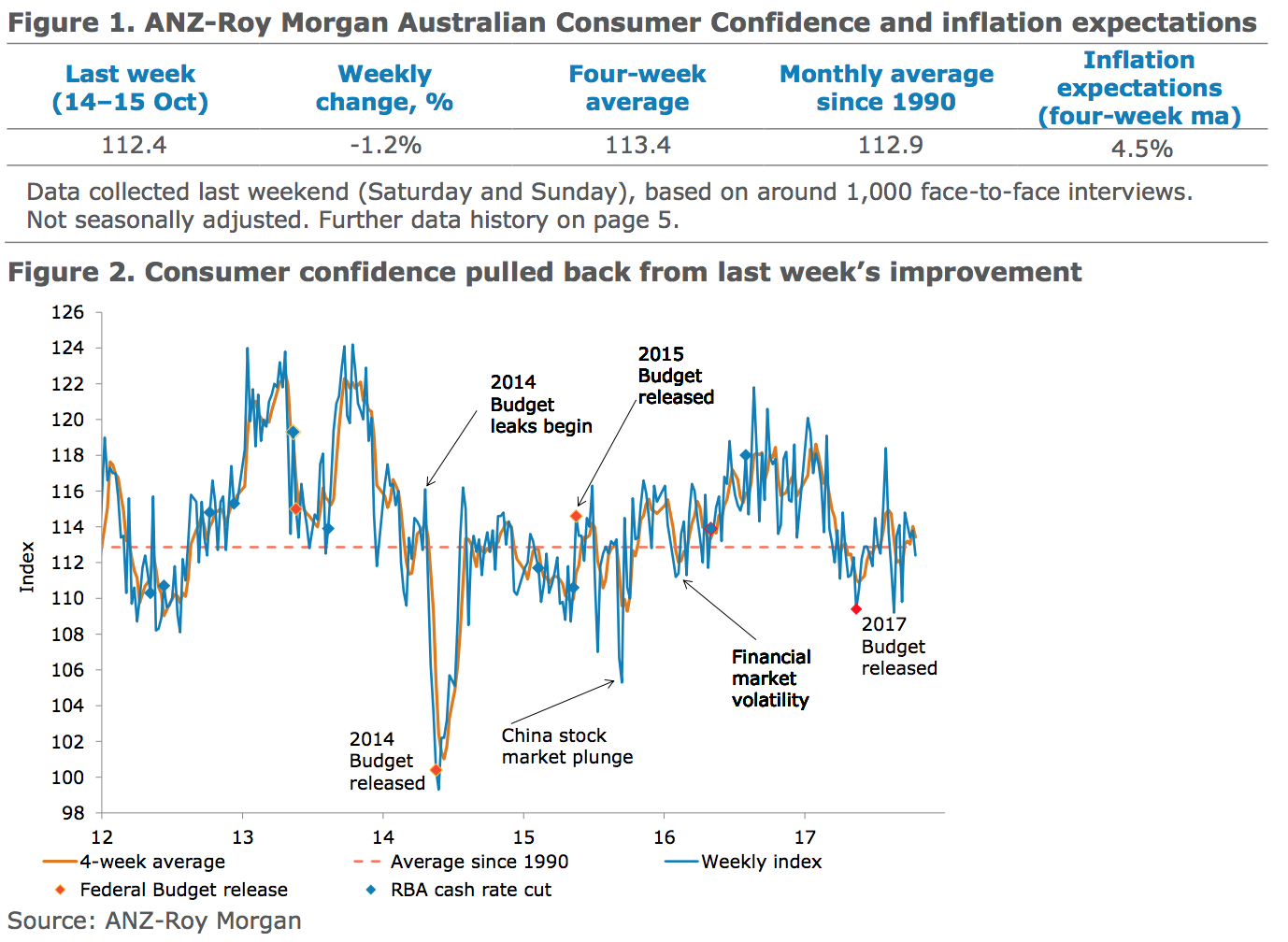