The detail was mixed; sentiment towards economic conditions improved but this was more than offset by a fall in households’ views of their own finances. 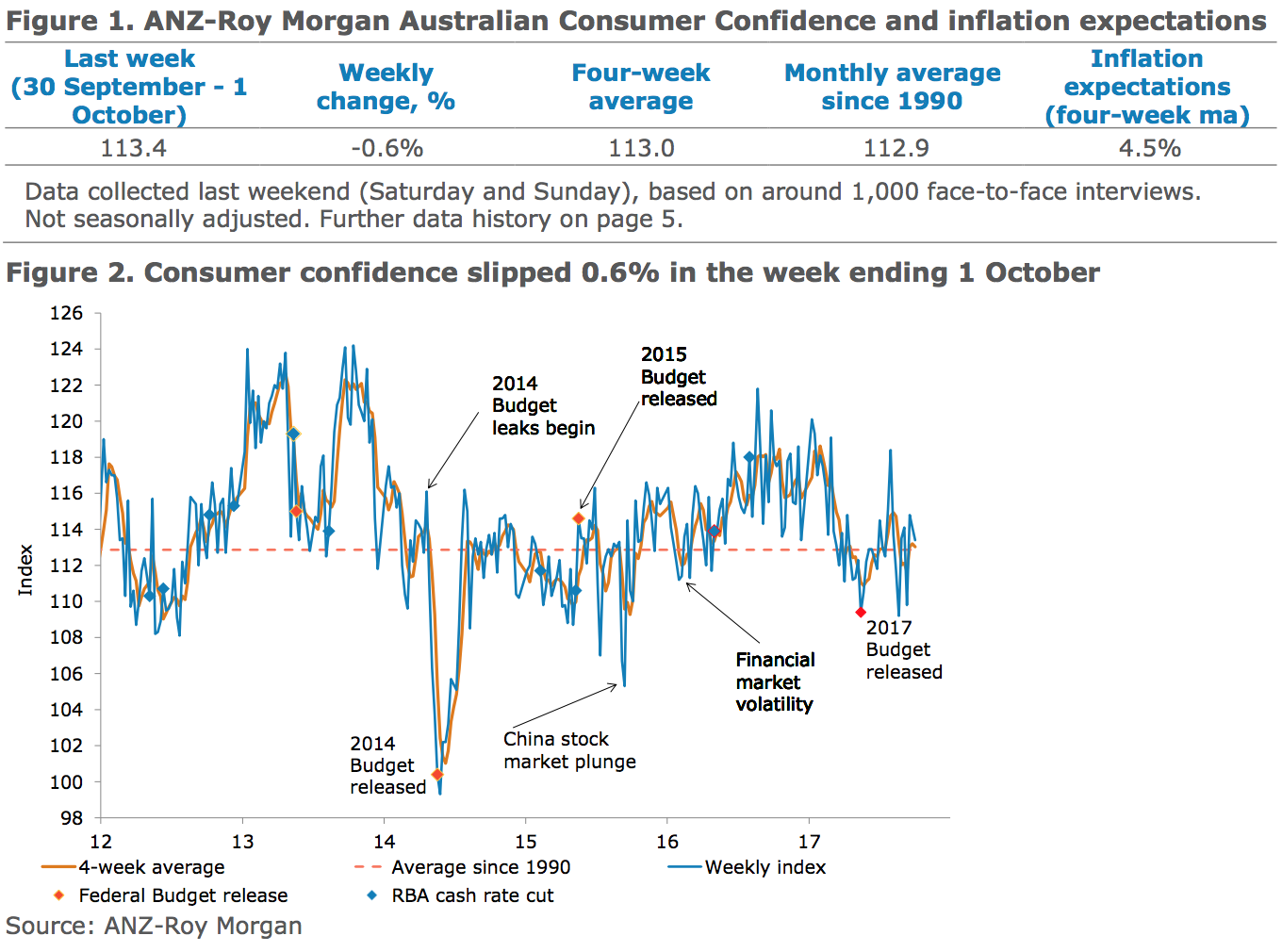