ANZ-Roy Morgan Australian Consumer Confidence eased a touch (-0.6%) in the week ending 24 September. The moderation in confidence was driven by a solid decline in views towards future economic conditions, which was somewhat offset by an increase in the ‘time to buy a major household item’ index. The remaining sub-indices showed little change. 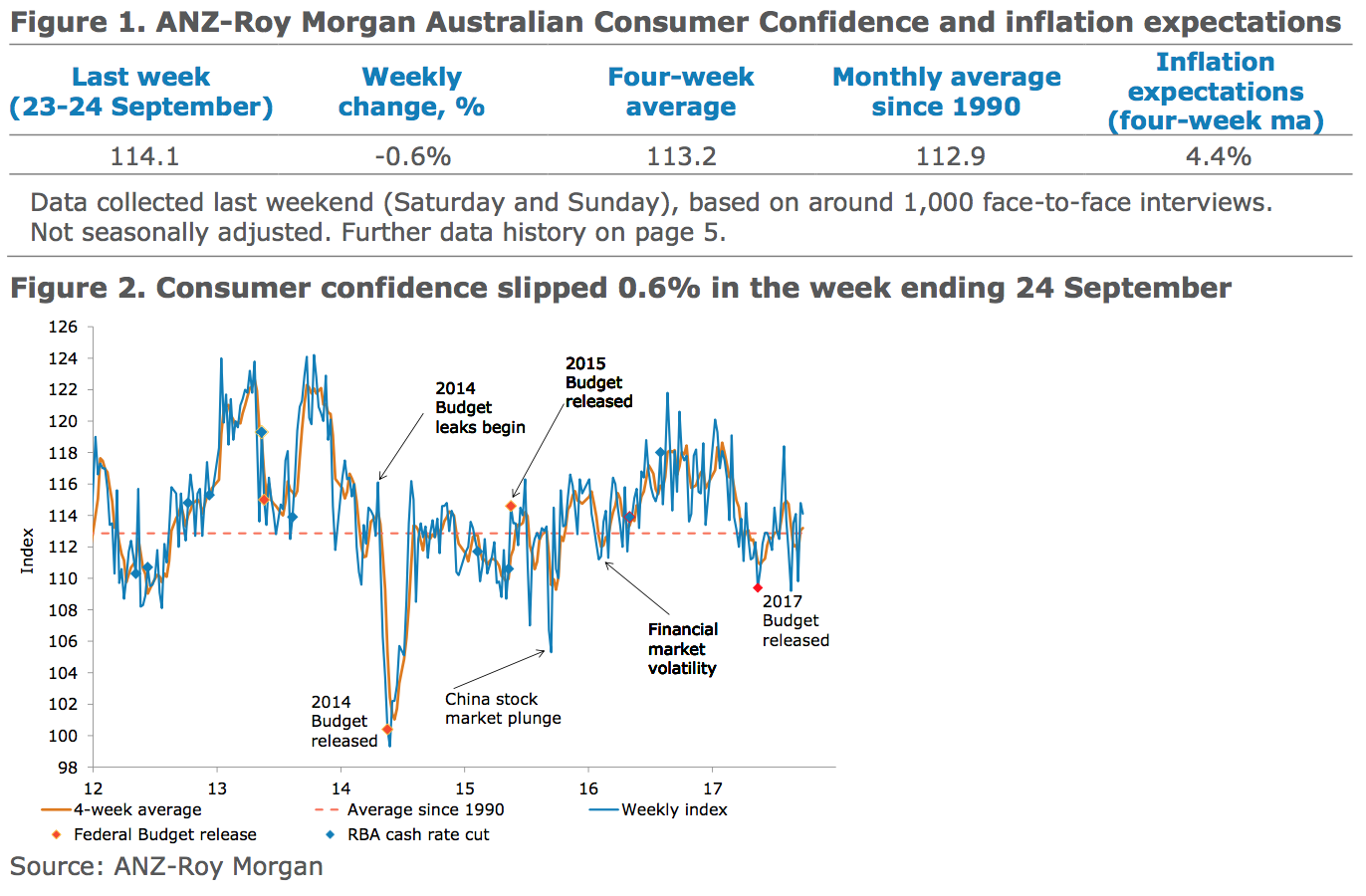