ANZ-Roy Morgan Australian Consumer Confidence fell 2.2% last week, bringing the index down to 109.2 from a high of 118.4 only three weeks earlier. The fall in sentiment was broad based, with four out of five subindices posting declines. 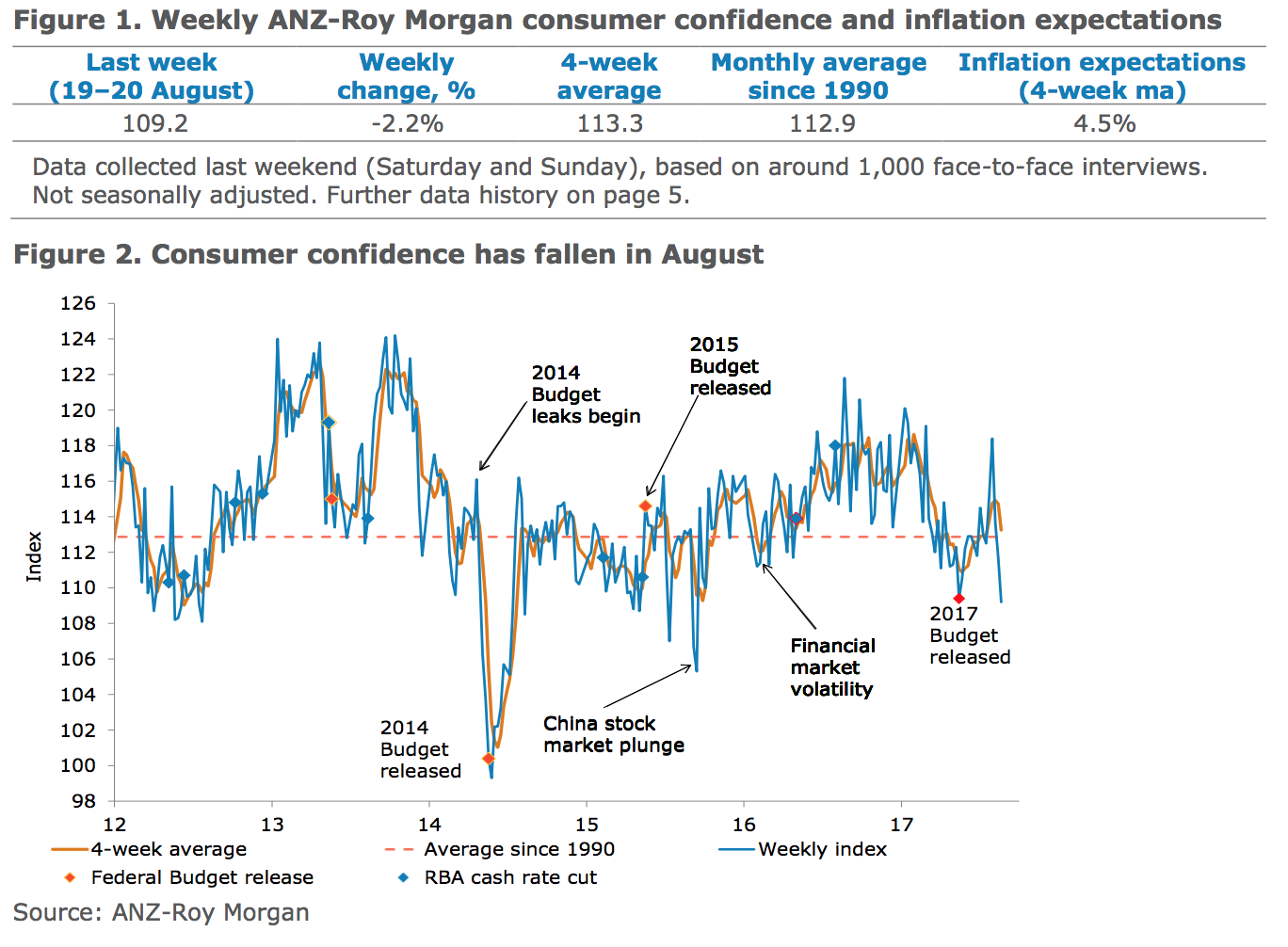