ANZ-Roy Morgan Australian Consumer Confidence fell again this week, the headline index dropping by 1.8% from last week to 111.7 and below the long term average of 112.9. Three out of the five sub-indices posted declines, with the sharpest fall in current economic conditions. 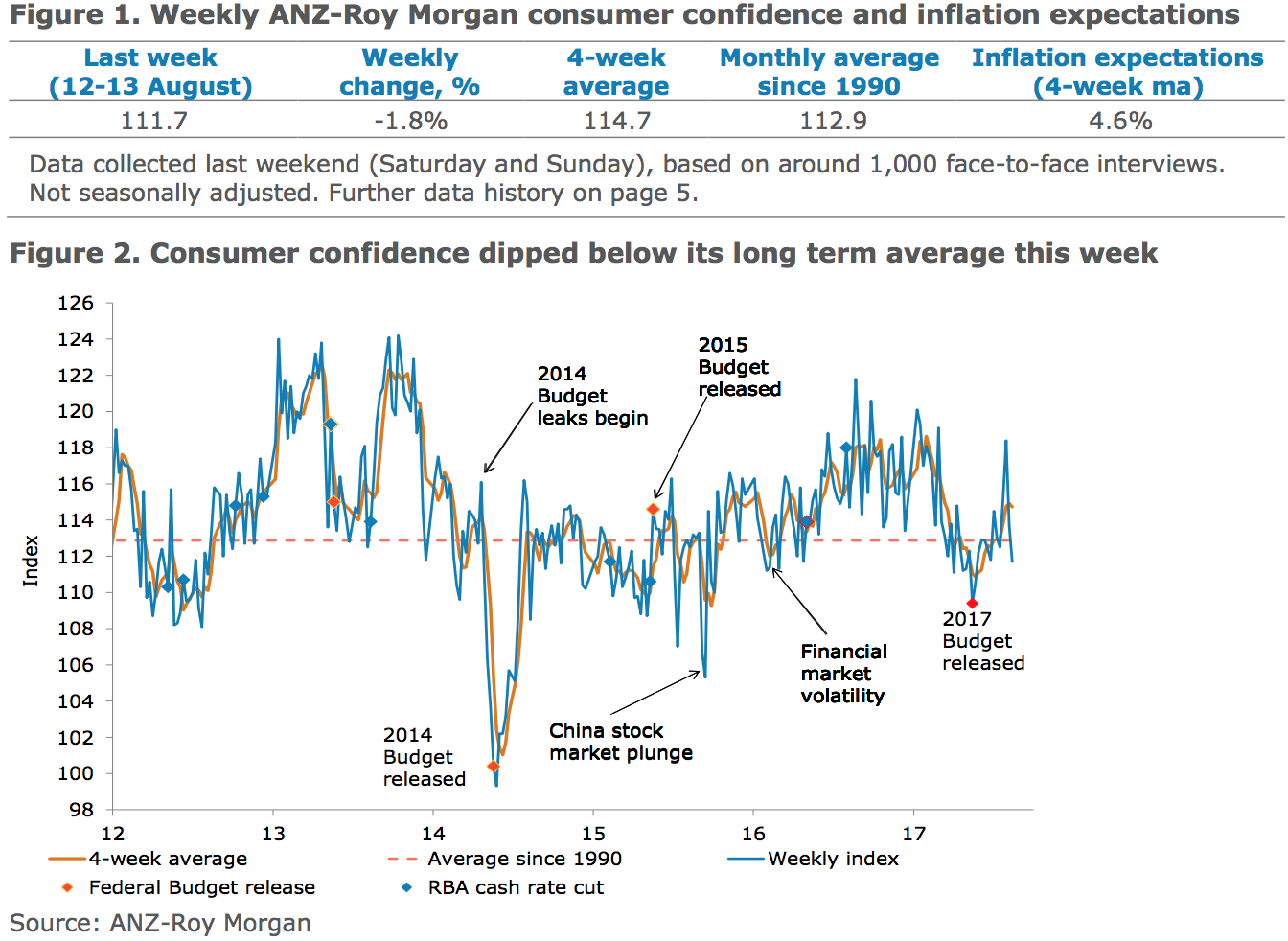