ANZ-Roy Morgan Australian Consumer Confidence edged down 0.4% last week, following a 1.3% fall the previous week. The details were mixed. Consumers were quite optimistic about their financial conditions next year, but were less upbeat towards the current financial situation. 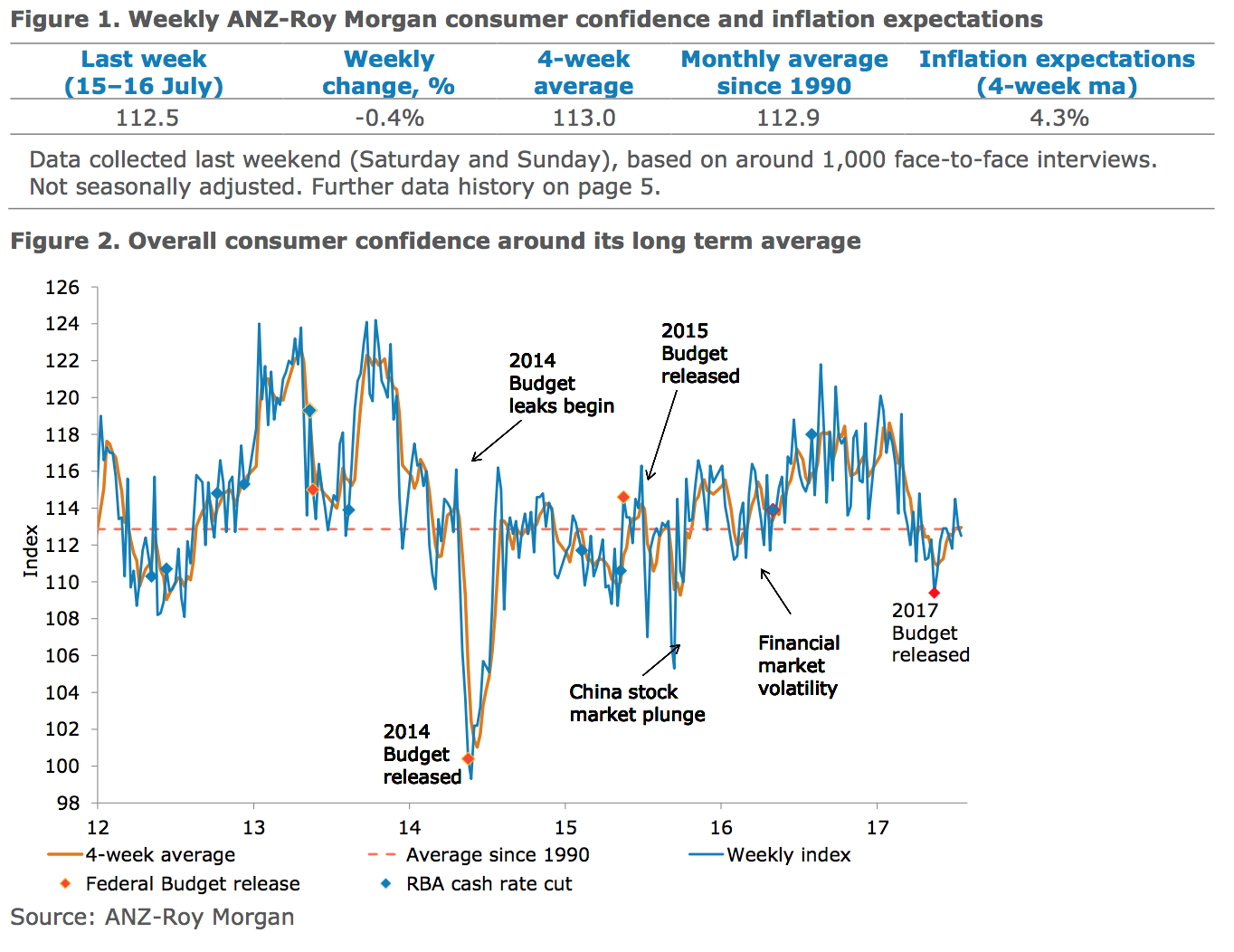