ANZ-Roy Morgan Australian Consumer Confidence eased slightly (-0.4%) to 112.4 last week. Broadly, though, confidence has recovered from the mid-May low. That said, there continues to be significant volatility between sub-indices. 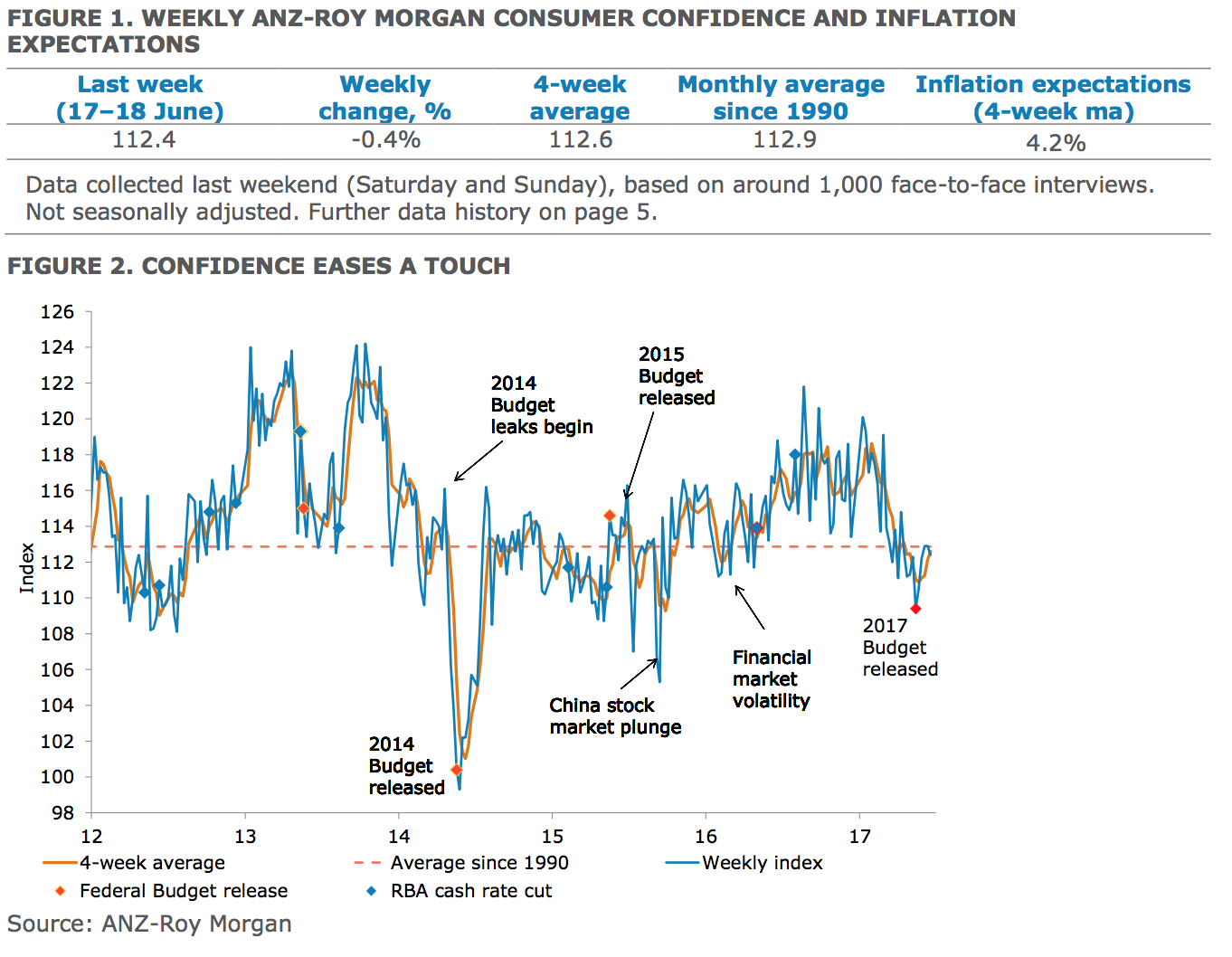