Consumer confidence increased for the third straight week – up 0.6% to 112.9, bringing the weekly index back to its long term average. This is the longest sustained rise in confidence this year. 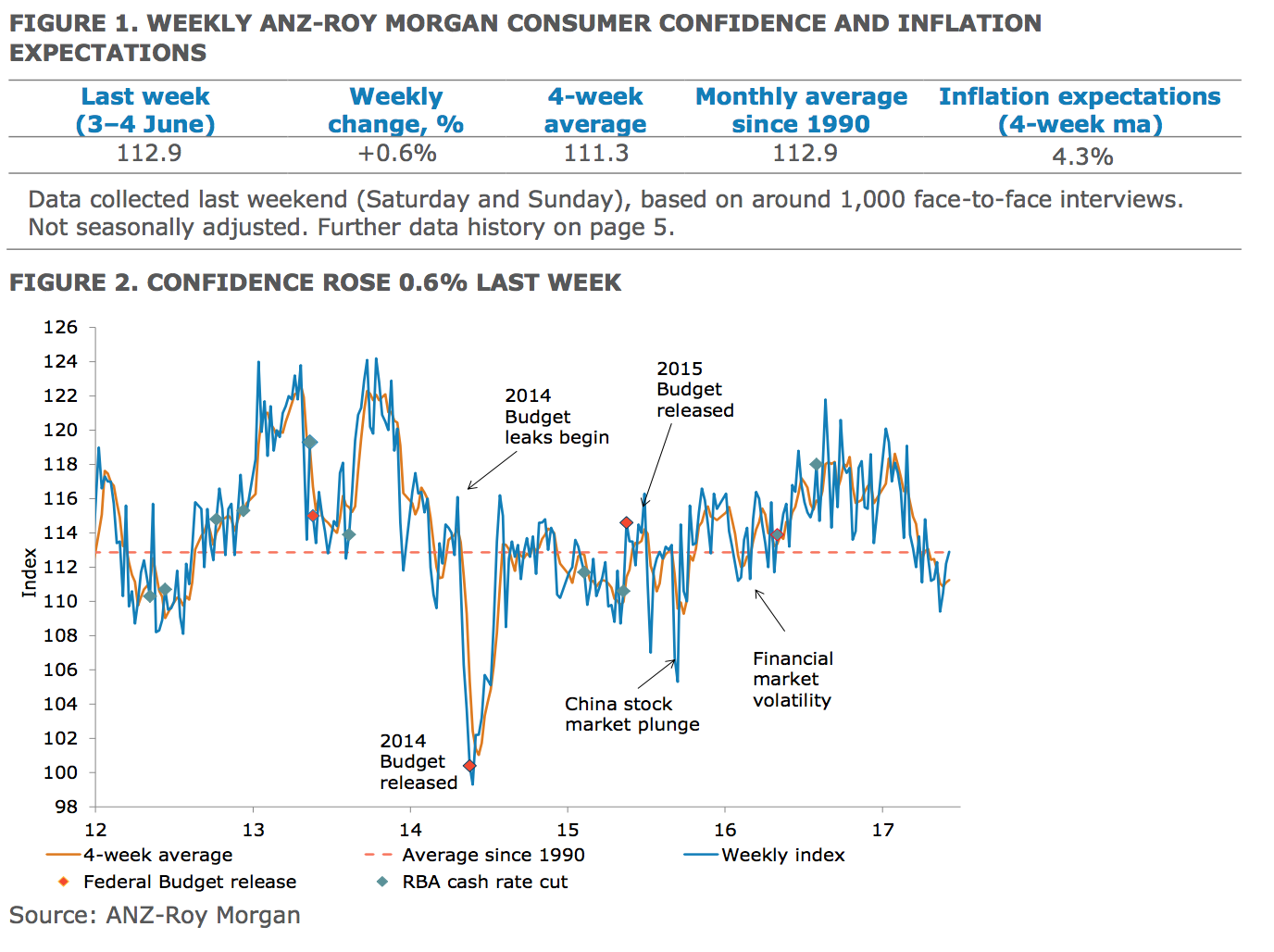