Following the briefing by Treasury on Thursday, 11 May regarding the major bank tax announced in the Federal Budget, attached is ANZ's submission covering the design and implementations of the new tax.

The issues identified in the submission are significant and ANZ belireves the extremely tight implementation timetable being targeted by Government increases the economic and financial system risks associated with the new tax.

We propose that the impleentation timetable should be extended to allow sufficient time for the design of the legislation to be properly considered prior to the first payment due for the September 2017 quarter.

ANZ has previously highlighted its concerns about the tax based on the impact it will have on the cost of customer lending and the impact on shareholder returns. We note:

In this submission, we also highlight the impact the tax will have on the international competitiveness of major banks and the potential for conflict with other regulatory measures designed to improve system resilience.

- Given the Government has stated that the new tax reflects a charge for the perceived benefit that major banks derive from an implicit government guarantee, it would be approperiate to re-think the need for any new bank loss-absorption framework in Australia.

- Banks that independently strengthen their liquidity should not be disadvantaged by the new tax. ANZ proposes that an exemption is made for the amount of any liquidity buffers that a bank maintains to ensure compliance with regulatory minimums.

In these circumstances, we believe it is critical that the design and implementation of the tax is considered carefully. We also welcome Treasurer Morrison's atatements on ABC Insiders on Sunday, 14 May that the Coalition Government has no plans to increase the rate of the tax above 6 basis points. This is very important in terms of investor confidence in Australia.

For its part, ANZ is committed to rebuilding trust with Parliament and the wider community. We have shown ourselves to be a construstive participant in the discussion about the major banks and we are committed to doing more to ensure we meet customer and community expectations.

It is important that the design and calculation methodology for the new tax is well-considered in order to avoid unintended consequences for Australians and the economy.

The extremely tight implementation timeframe being targeted by Government increases the risks associated with the new tax initiative. Given the first measurement date of the tax is expected to be 30 September 2017, ANZ is concerned that legislation is being rushed and believes that the implementation timetable should be extended to allow sufficient time for the design of the legislation and its implications to be properly considered prior to the first payment due for the September 2017 quarter.

This should include completion of a regulatory impact assessment that considers the proposal’s economic consequences, interaction with other regulatory objectives, anti-competitive implications and possible implications for domestic financial market operations.

Some specific observations and recommendations relating to the design and calculation of the bank liability tax are set out below. ANZ notes that these comments have been prepared based on the limited detail contained in the 2017/18 Budget Papers and the tight timeframe available for consideration. 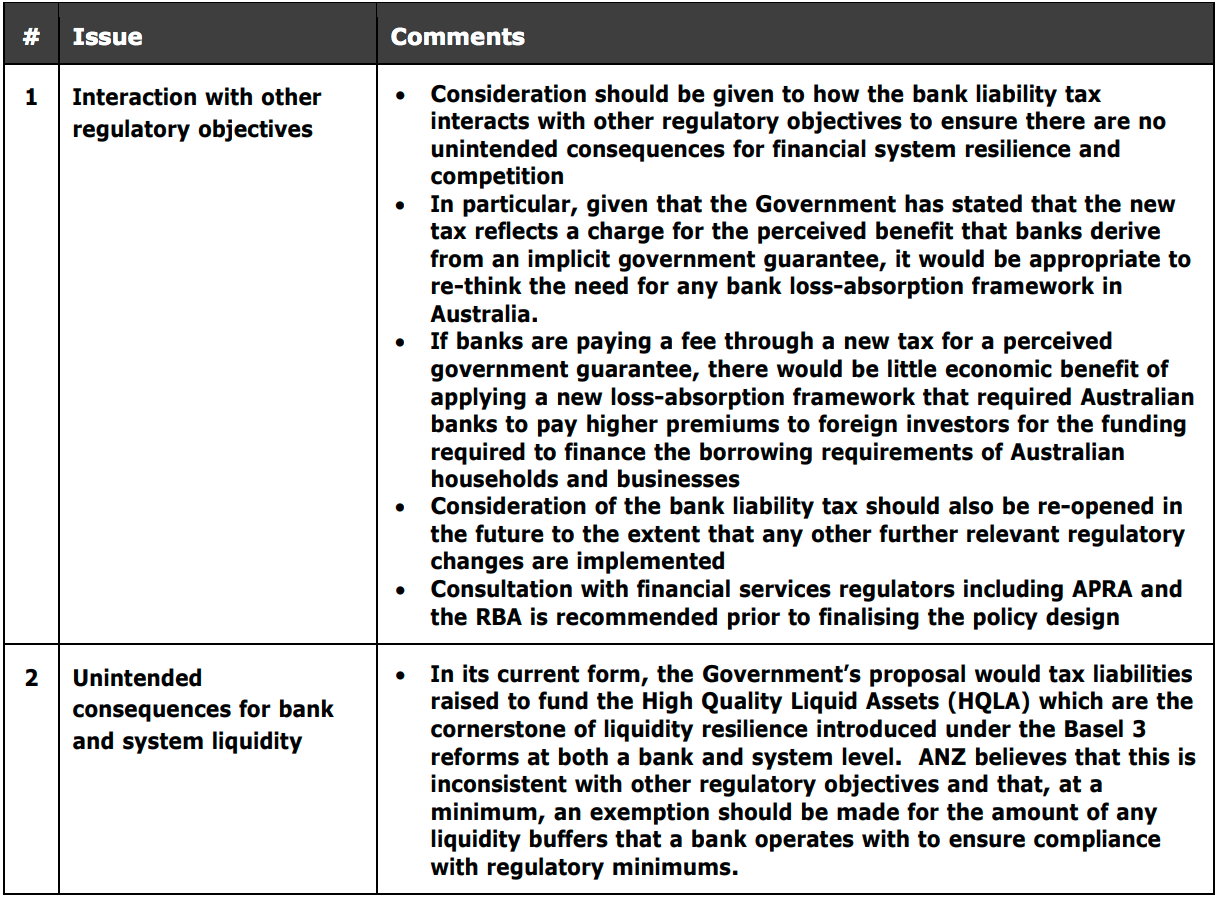 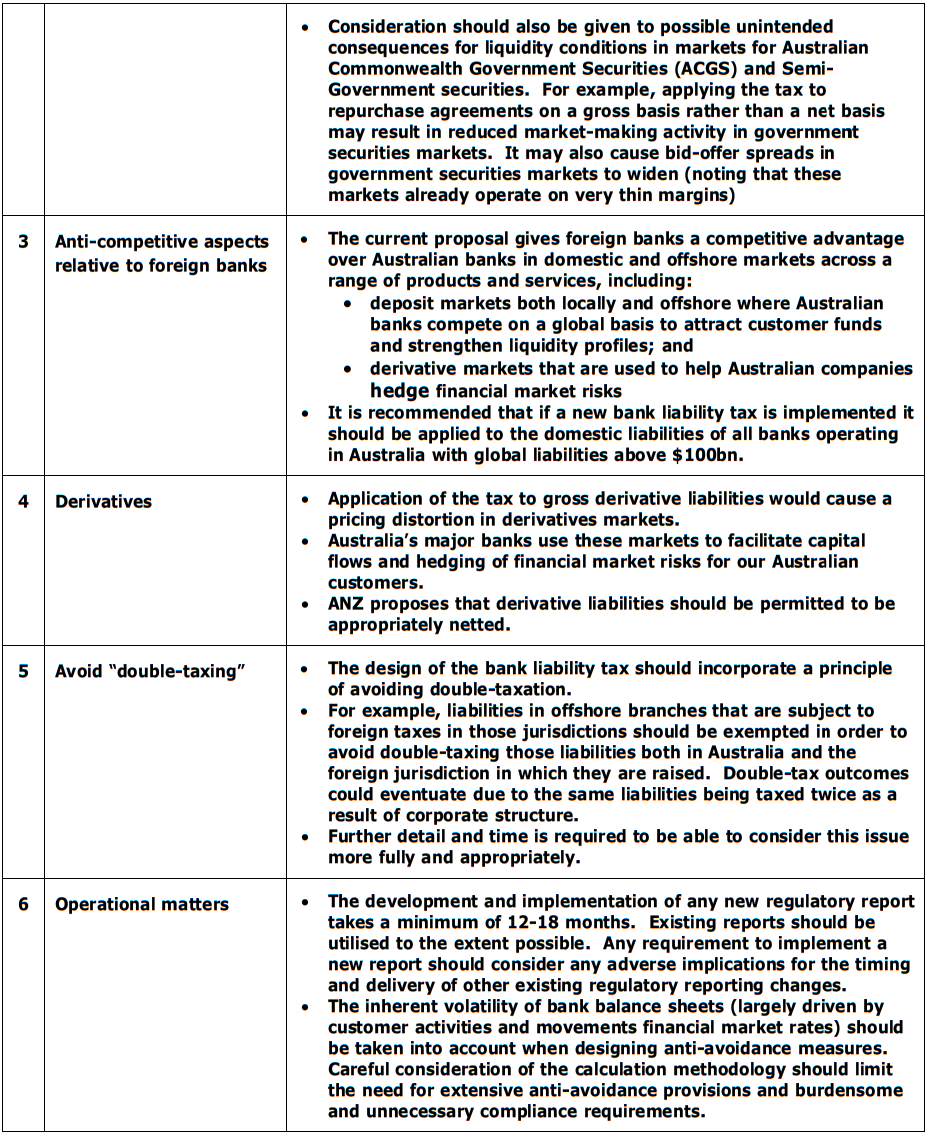