Confidence up for the second straight week

Consumer confidence increased for the second straight week – up 1.5% to 112.2, bringing the index back to levels before the Commonwealth Budget. The improvement in confidence was mixed – sentiment towards financial conditions deteriorated somewhat, while views around economic conditions rose solidly. 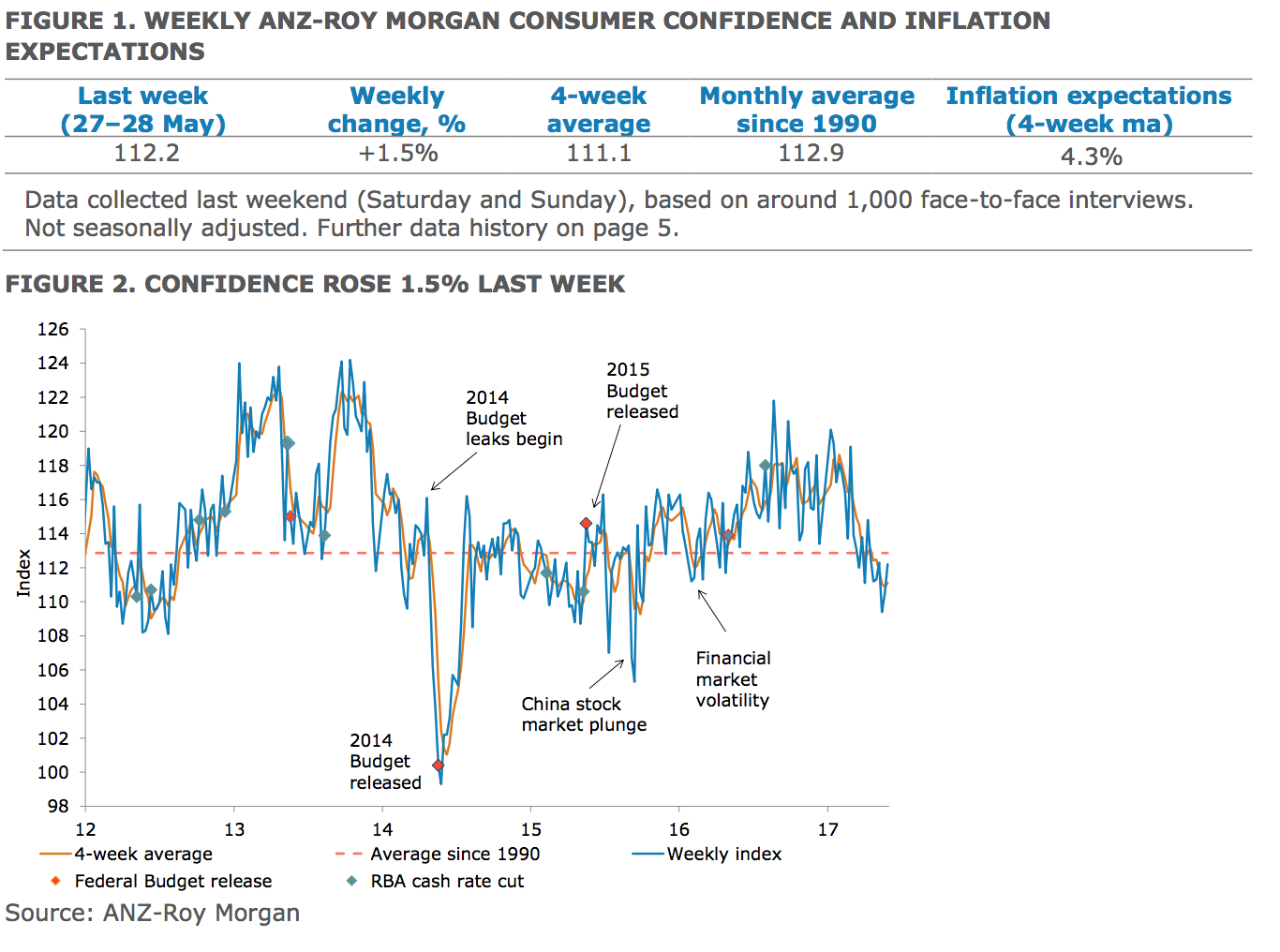