Unemployment down, confidence up

Consumer confidence ticked up a modest 1.0% in the week ending 21 May. The improvement in confidence was broad based, with four out of five indices rising. The index currently sits at 110.5 – somewhat below its long term average. 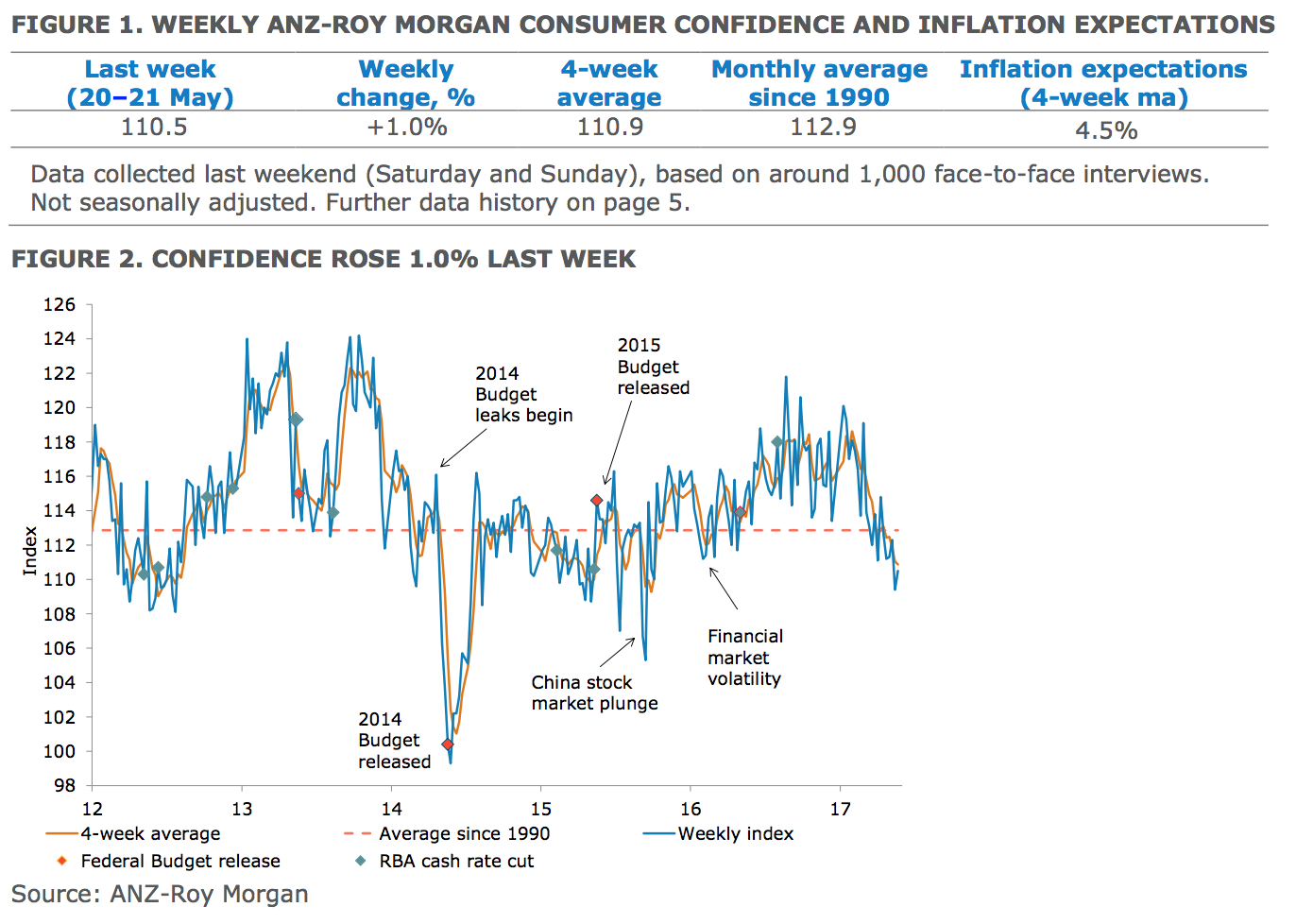