Consumer confidence unchanged ahead of the budget

After two consecutive weeks of declines, consumer confidence was virtually unchanged in the week ending 29th April, up to 111.3 from 111.2 the previous week– just below its long- run average. 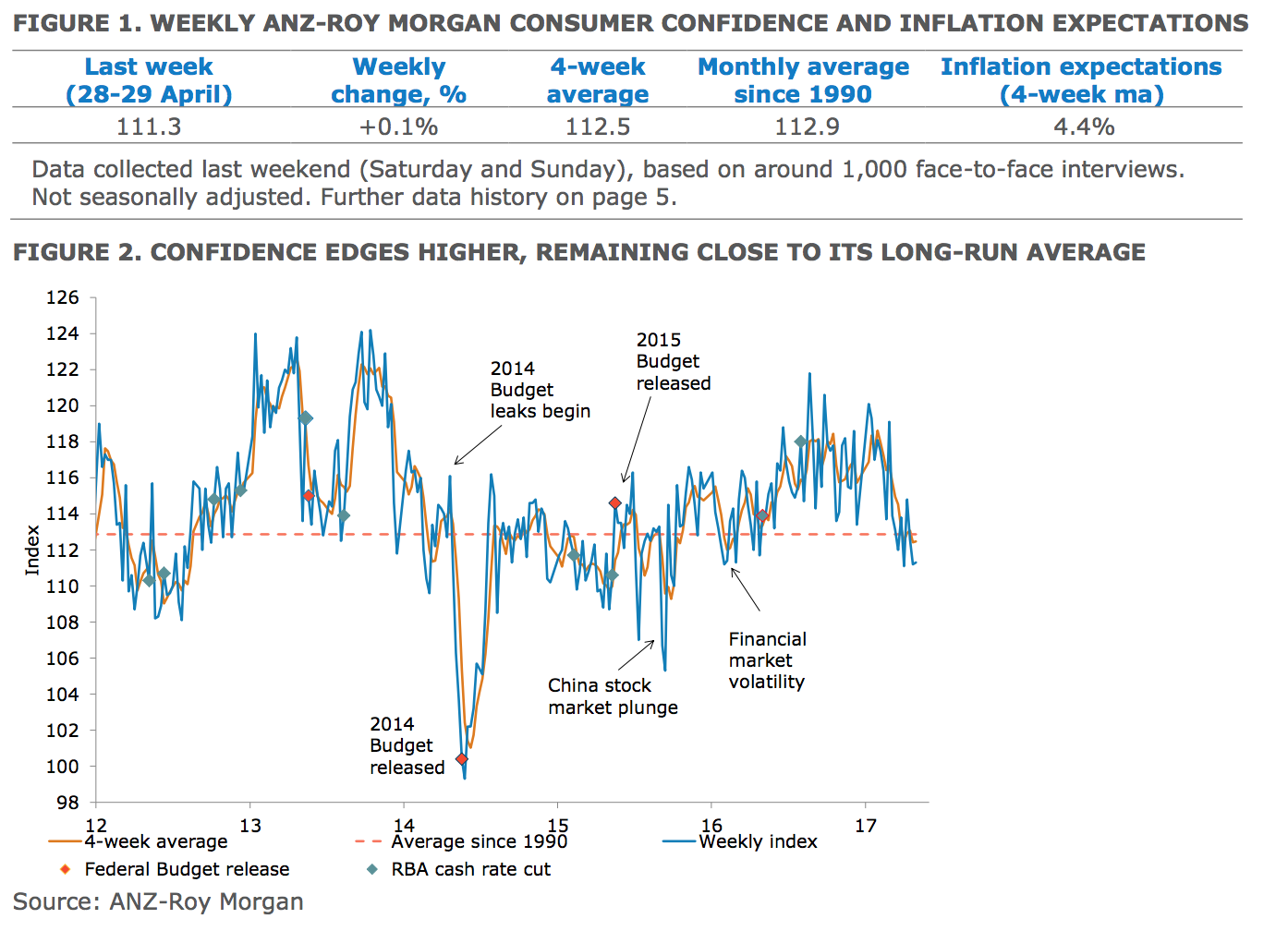