The headline consumer confidence fell 1.9% last week partly reversing the previous week’s gain. This dragged the index back down below its long run average. 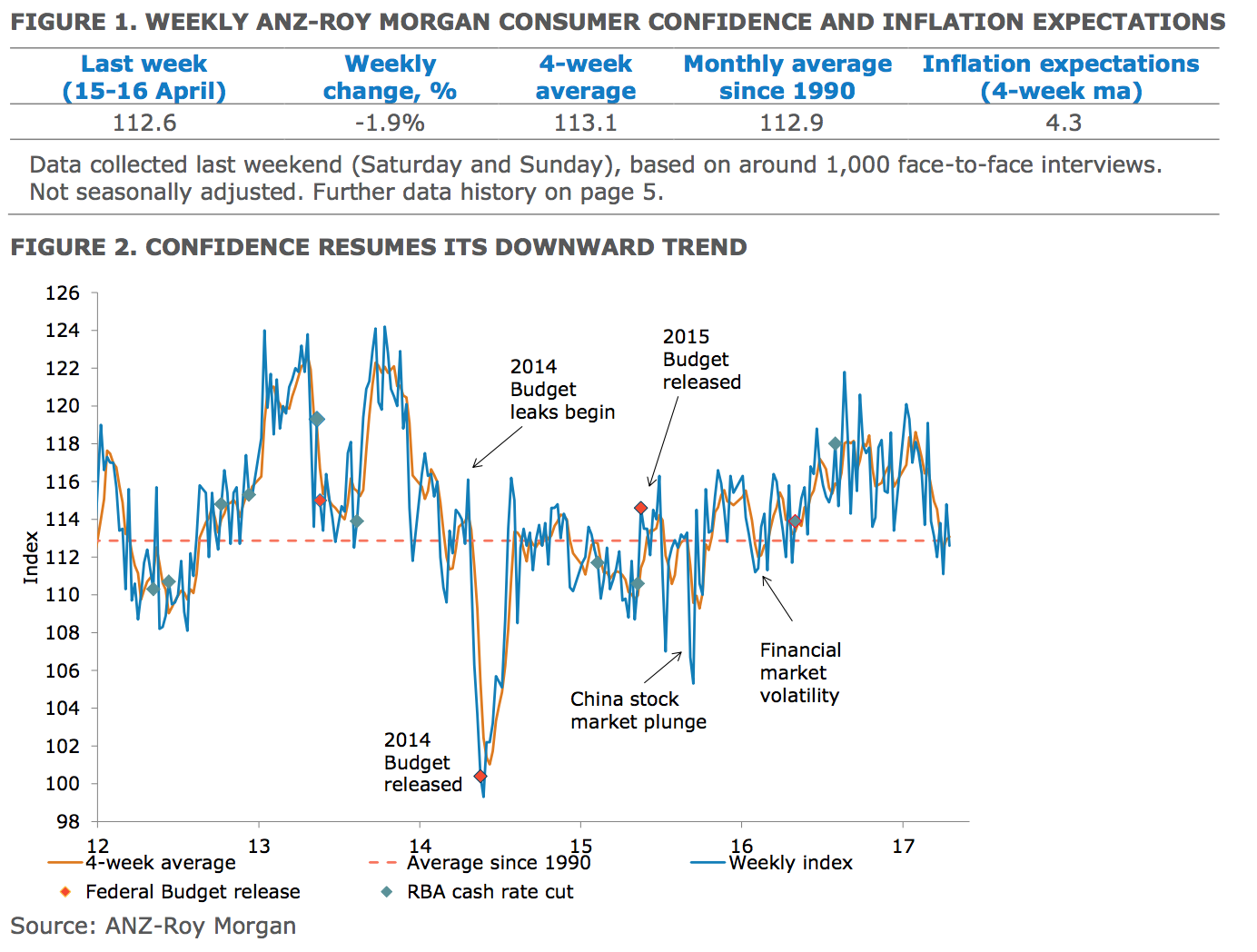