After showing encouraging signs last week, headline consumer confidence slumped to 111.1 - its lowest value since October 2015. This was a fall of 2.4% week on week. The four week average now stands at 112.5, falling below its long term average for the first time since February last year. 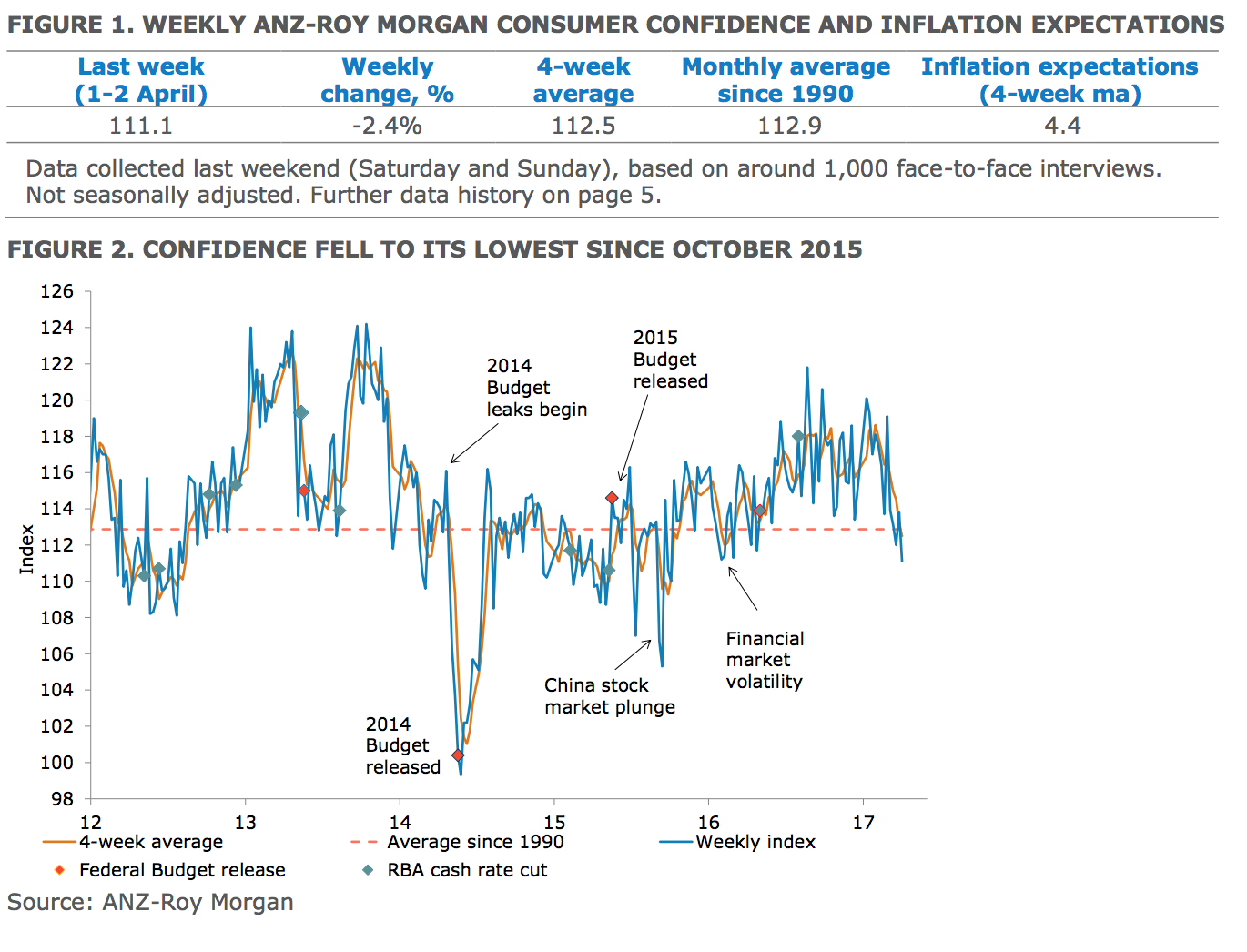