After three straight weeks of falls, consumer confidence rose 1.6% in the week ending 26 March. The four week average continued to fall, however, and is now back to early 2016 levels and close to its long run average. 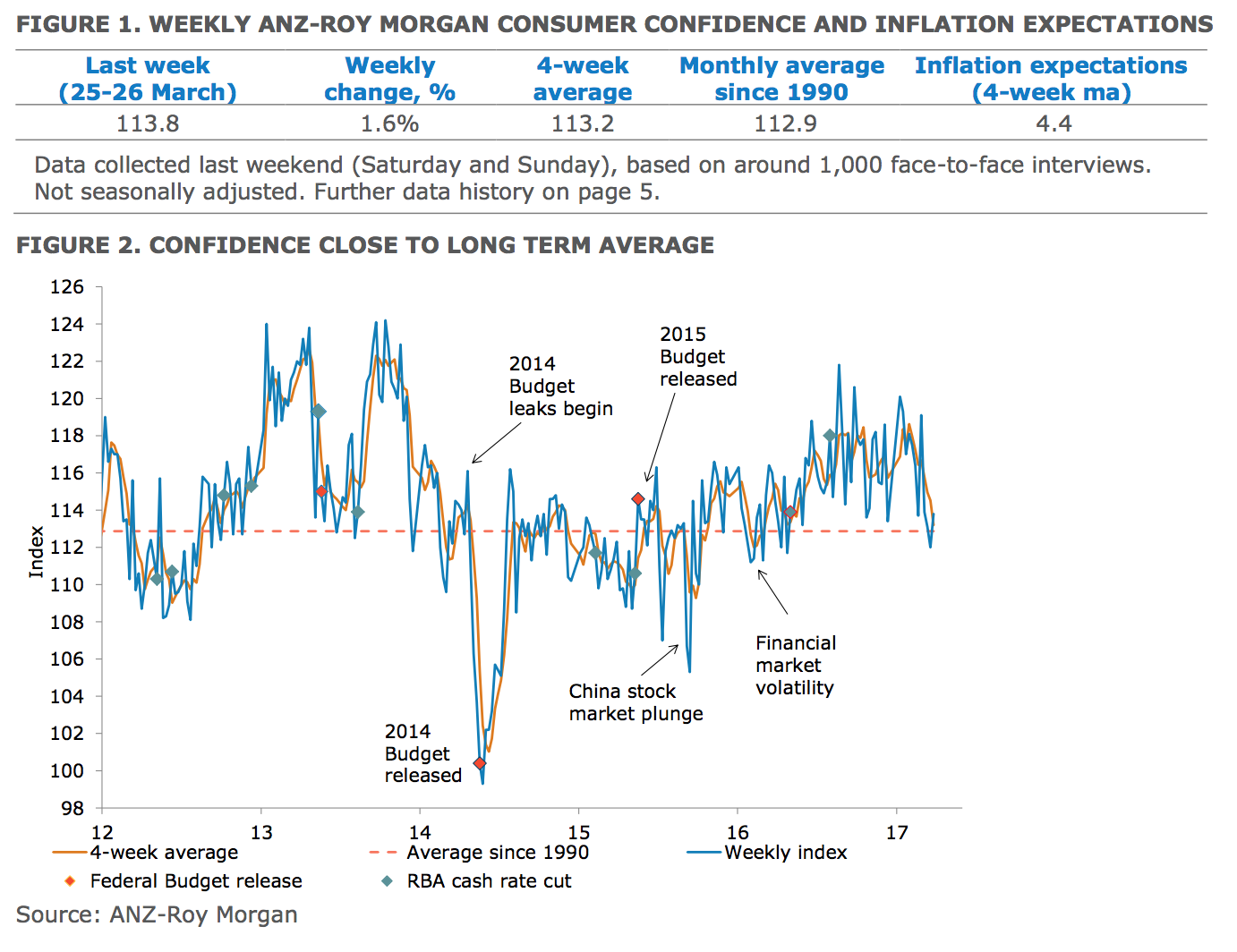