Consumer confidence fell for the third straight week (down 1.0%), bringing the index to its lowest value since April 2016. The weakness in confidence was driven by households’ concerns about both current and future economic conditions. 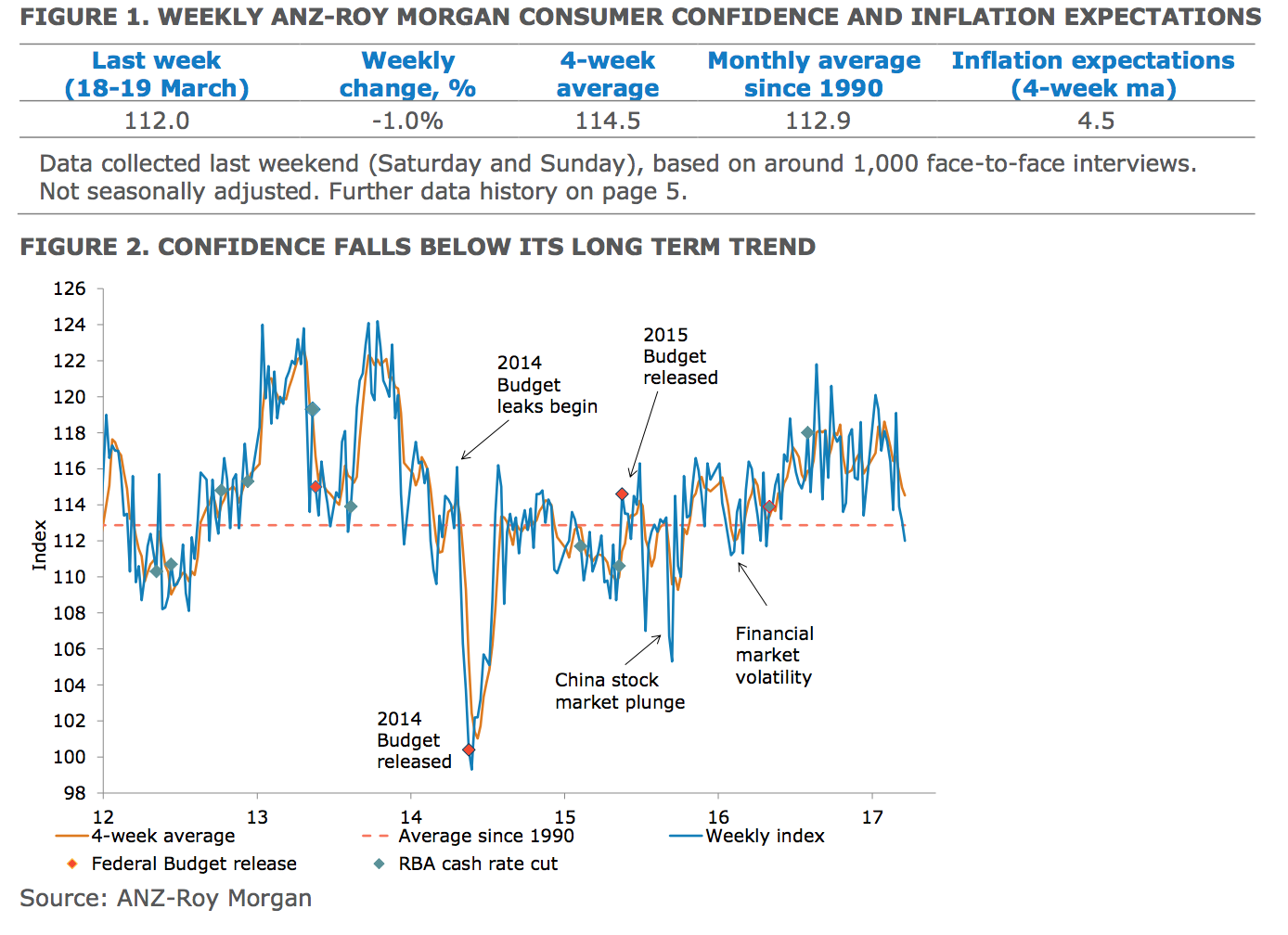