After a solid start to the New Year, consumer confidence slipped 1.9% to 117.0 in the week ending 22 January. The fall was broadly based with 4 out of 5 subindices posting modest declines. Encouragingly, consumers’ views towards current finances edged up 0.7%. 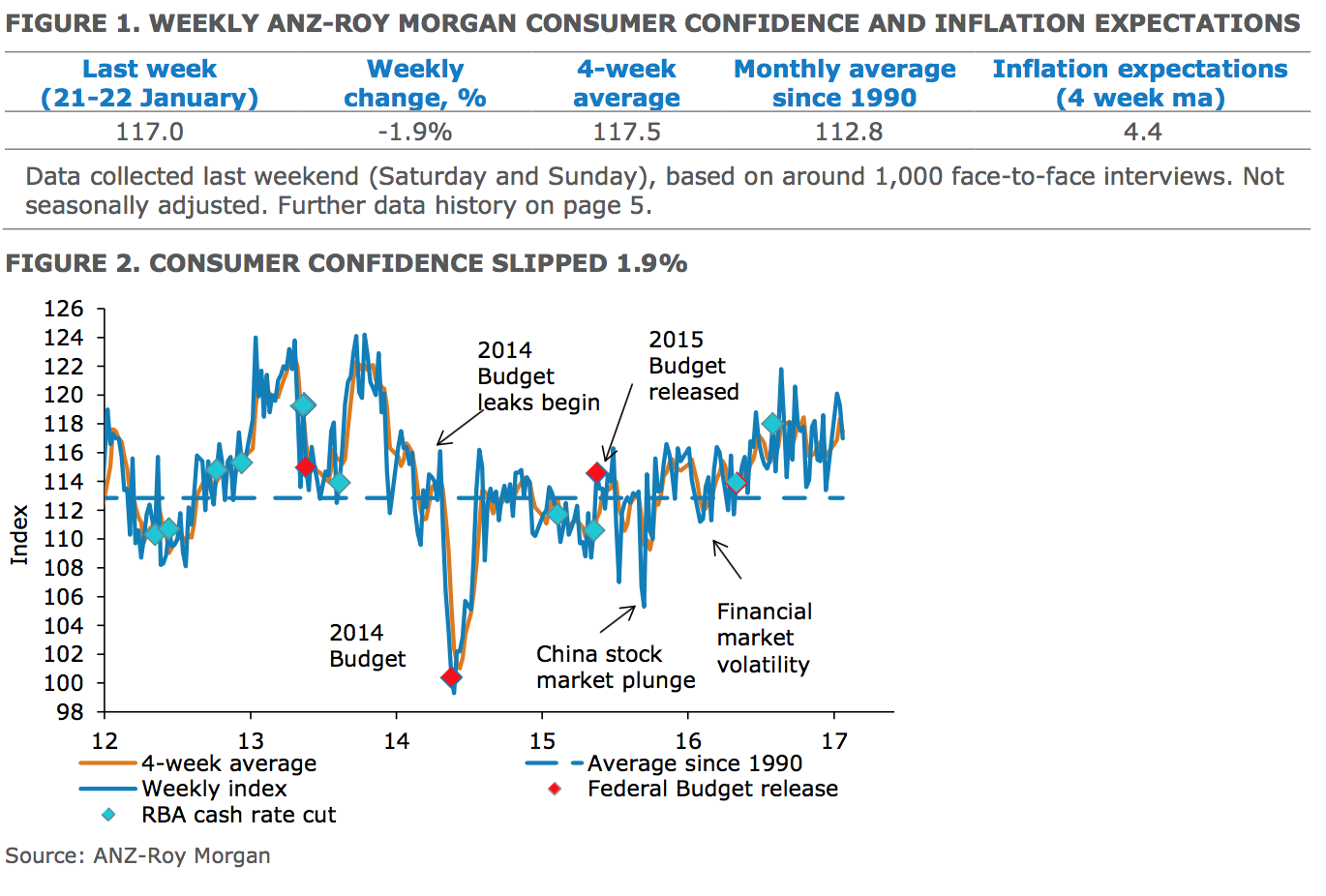