Consumer confidence jumped a sharp 5.9% in the week ending 8 January, more than reversing the decline in the last survey conducted in mid-December (post the surprisingly weak GDP reading). The headline index is now at its highest level in 15 weeks. The details were broadly upbeat, with views on ‘economic conditions over the next 12 months’ and ‘now is a good time to buy a household item’ leading the gains. 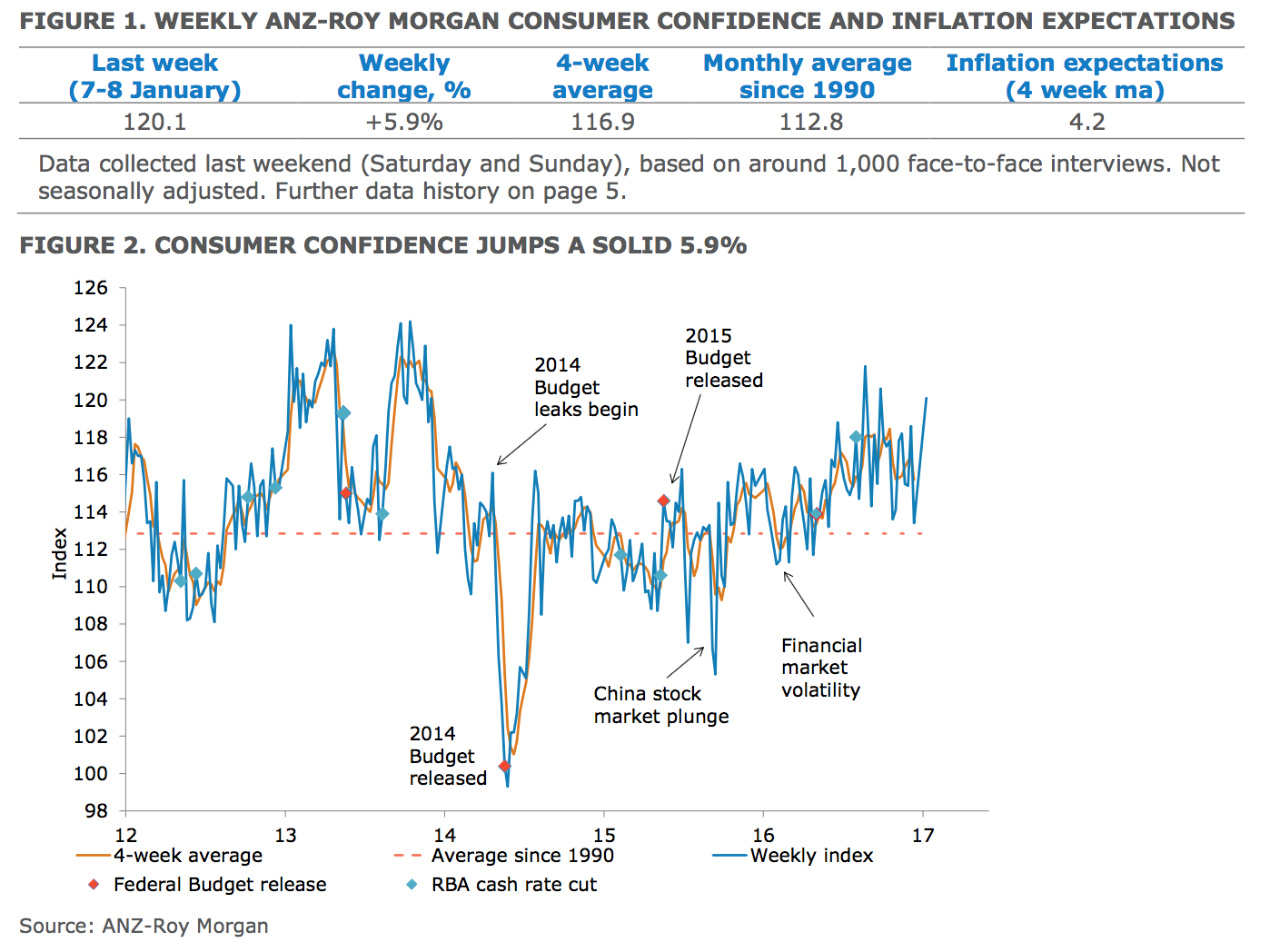